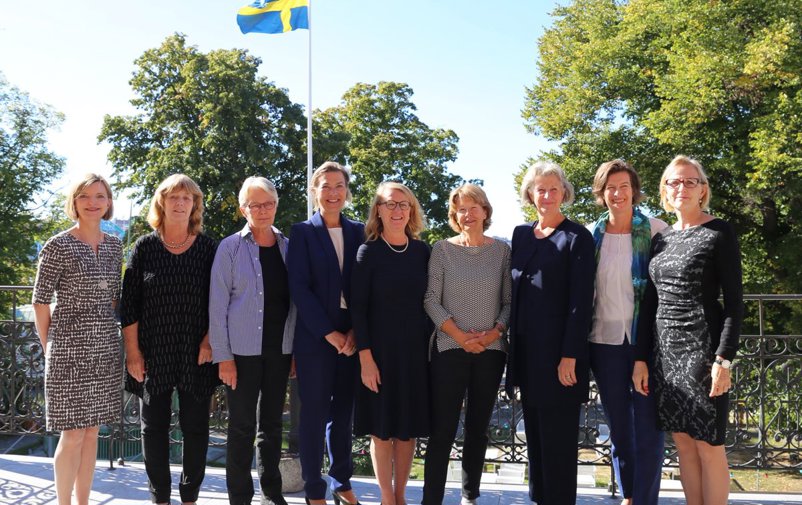 Dela
– Women’s meaningful role in peace processes is crucial for sustainable peace, said Sven-Eric Söder, Director-General at the FBA, when the Swedish Women Mediation Network met in Stockholm. The network, organized by the FBA on behalf of the Swedish Ministry of Foreign Affairs, consists of nine members, some of which have already begun involvement in different peace processes.

In December 2015, the FBA launched the Swedish Women Mediation Network, aiming to increase the number of women as mediators and as part of mediation teams, both Swedish women and women from conflict-ridden countries. After a profound probing and selection process, nine members with extensive experience of political missions and work in conflict environments were selected.

Several of them have already begun commitments linked to ongoing peace processes. During the network meeting in Stockholm on September 12, the members planned for the networks’ upcoming activities, together with staff from the FBA and the Swedish Ministry of Foreign Affairs (MFA).

– Women’s meaningful role in peace processes is crucial to achieving sustainable peace. The FBA’s work with the mediation network is a concrete contribution to this and we have laid a solid foundation for this work, in close cooperation with the Ministry of Foreign Affairs, said Sven-Eric Söder in connection to the meeting.

The Swedish network is part of a broader Nordic Women Mediation Network, which gathers women mediators from all the Nordic countries. FBA will host a meeting of the Nordic network later this autumn.

– The network is not only a way to create a platform for our identified Swedish mediators, but also a way to support women from conflict-ridden countries as participants in peace-building efforts. We cooperate with both researchers and civil society actors in these efforts, says Camilla Riesenfeld, project manager for the mediation network at the FBA.