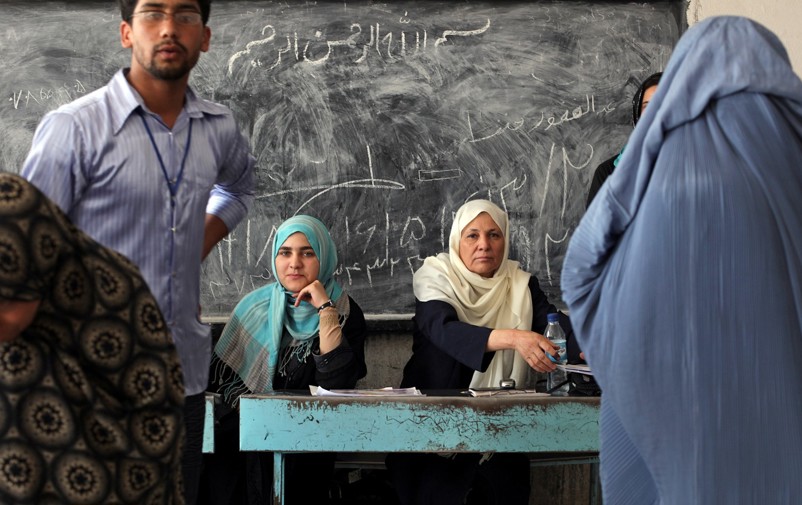 Dela
Afghanistan has been in conflict for over 40 years. The country is one of the poorest in the world and its humanitarian crisis has deepened since the Taliban seized power in August 2021. The situation of women and girls is particularly vulnerable.

The protracted conflict in Afghanistan is having a profound impact on a population where over 70% are too young to have ever experienced peace. Although education levels have risen over time, literacy rates are among the lowest in the world.

During the twenty-year US-led military presence in Afghanistan, institutions of democracy, human rights and the rule of law were partially strengthened, but after the Taliban takeover, this progress risks being lost.

Many key members of the public administration have fled, the country's capacity to deliver public services is weak and over 90% of households lack sufficient food. In addition, over three million people are internally displaced.

The situation of Afghan women and girls is and has long been particularly vulnerable, characterised by systematic discrimination, abuse and limited opportunities for self determination. Their access to education is worse than men's, and only one in four Afghan women is literate. The Taliban has further increased discrimination against women and girls and restricted their freedom of expression.

FBA works in the following areas within the framework of Sweden's strategy for development cooperation with Afghanistan:

Dialogue and Peace Processes
Since 2019, FBA and Sida have worked jointly with peace-building support to Afghanistan. Since August 2022, the two public authorities jointly operate an EU project to support inclusive dialogues in Afghanistan - the EU Afghanistan Inclusive Dialogue Initiative (AIDI). The project aims to support the Afghan civil society in their plight, promote human rights and help empower citizens to influence their political and social surroundings.

Together with the Finnish CMI - Martti Ahtisaari peace foundation, FBA provides the secretariat for a major forum for Afghan women leaders, with the aim of enabling Afghan women to represent themselves in discussions and dialogues on the future of their country, women's rights and the situation of Afghan women.

FBA also works with other civil society organisations and representatives to promote strategic thinking and devise strategies for long-term survival as well as influencing on the country's development. The aim is to enhance the capacity of civil society, particularly women and women's rights organisations, to promote, and participate in, inclusive dialogues on governance, conflict resolution and peace-building.