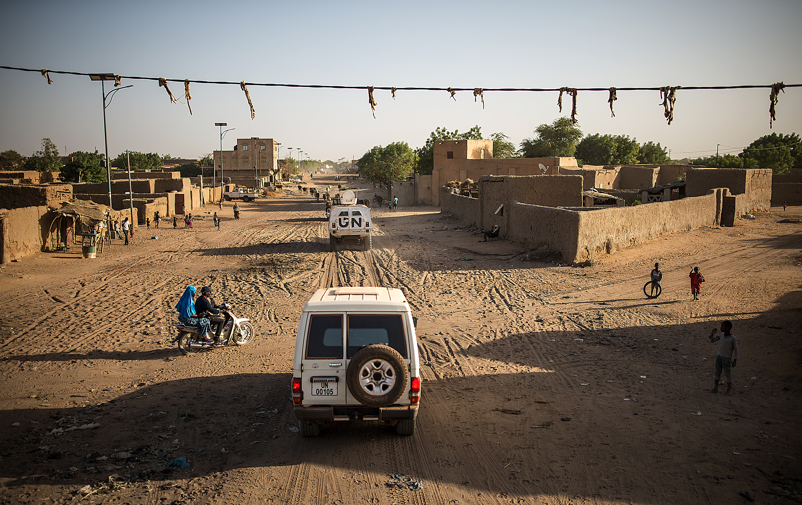 Dela
Extremism, human trafficking and lawlessness are major challenges for Mali, as well as human rights violations. FBA is commissioned to strengthen the capacity of Malian institutions and key individuals to promote security and democratic development.

In early 2012, Tuareg rebels and radical Islamist groups seized control of northern Mali. A peace agreement between rebels and the government was signed in 2015. But the peace process has been moving slowly and violent attacks are still common.

Since 2013, MINUSMA has been present in Mali. It is currently the deadliest UN peace operation in the world. MINUSMA is mandated to stabilize the security situation, protect civilians from violence, and re-establish government control over the entire Malian territory.

Within the framework of Sweden’s development cooperation with Mali, FBA is focused on three areas:

Dialogue and peace mediation
The Malian Ministry of Reconciliation in the capital city of Bamako is currently establishing regional dialogue and peace mediation teams, tasked with preventing and solving local conflicts around the country. FBA offers training and expert advice for key actors involved in the process. In addition, FBA has developed a dialogue and mediation handbook for the Malian Ministry of Reconciliation and the regional teams belonging to it.

Security sector reform
The presence of state security actors, such as the military and police, is weak in the northern and central parts of Mali. FBA has funded a study done by the Malian National Institute of Statistics, on the perception of security among 15,000 households in various parts of the country. The results of the study provide a baseline for Malian authorities in the design of reforms of the security sector.

Click here to read the entire strategy for Sweden’s development cooperation with Mali 2021–2025.

Intensified support to the peace process in Mali