Dela
In March 2022, FBA and its partners met with 24 young Liberian peace-leaders in the north-eastern city of Ganta. These youths have become skilful in preventing and resolving local conflicts and contributing to peace in their communities - as part of the FBA's Conflict Prevention Leadership Programme (CPLP).

Liberia has been at peace since 2003, when a Comprehensive Peace Agreement was signed, putting an end to the second period of brutal civil war. Despite significant progress, peace in Liberia remains fragile. Several conflict driving factors remain, such as widespread corruption, a highly centralized power, weak institutions, uneven distribution of resources and recurrent land conflicts.

FBA is commissioned to contribute to sustainable peace and social cohesion in Liberia, and early on identified youth – especially young women and men in rural areas – as an important target group in the work for peace.

A leadership programme for young peacebuilders

In 2017, a national conference, arranged by the Embassy of Sweden in Monrovia, the United Nations and Accountability Lab Liberia, gathered youth from all 15 counties in Liberia to create a national forum for young people to meet, discuss, and jointly promote peace.

Later that year, FBA and its Liberian partners developed the Conflict Prevention Leadership Programme (CPLP). The programme is a contribution to the decentralisation of peace efforts in Liberia, that often focus on the capital region, and intend to strengthen networks and capacity among young Liberian peacebuilders in different parts of the country, to prevent and resolve conflicts in their own local communities.

The programme targets key individuals from four Liberian youth peacebuilding organisations and currently engage 44 young women and men. One of the main goals is to strengthen dialogue and trust between the young participants and their respective organisations on one hand, and decision-makers and state representatives on the other.

– The low level of accountability and trust between the state and its citizens is an obstacle to social cohesion. By engaging different stakeholders in dialogues with our young peace-leaders, we try to contribute to new and positive relations, and create a space for youth to influence peace and security processes in Liberia, says Klara Grenhagen, Senior Peace Mediation Officer at FBA and responsible for the programme.

A new phase of CPLP

Now in its fifth year of implementation, FBA and its Liberian resource team and partners are entering into a new strategic phase of the program. This new phase will leverage the experience that the former program participants have acquired when applying the values, methods and skills of the CPLP methodology in their own communities. New young peers have been recruited and together with the experienced alumni they will form county teams. Starting in four pilot counties (Lofa, Nimba, Grand Bassa and Grand Cape Mount), the teams will jointly plan and implement County Peace Dialogues.

Two of the alumni who are part of the ongoing CPLP activities are Arthurlyn C. Jimmy from Grand Bassa County, and Isaac Nathaniels from Grand Cape Mount County.

They both experience that the mindful communications skills taught in the programme prepared them for engaging in dialogue with parties in disagreement or conflict. They use these skills in their communities, their professions, their youth organizations, as well as in their private lives.

For example, Arthurlyn remembers using her skills to deal with a misunderstanding at her workplace, which improved the communication skills among her co-workers to avoid future conflict.

– We often think that we need to do something big, but we learnt that we can make a big difference in working with the smaller issues. Everyone can do something. CPLP has empowered us to see change in ourselves and encouraged us to make change in our own societies. 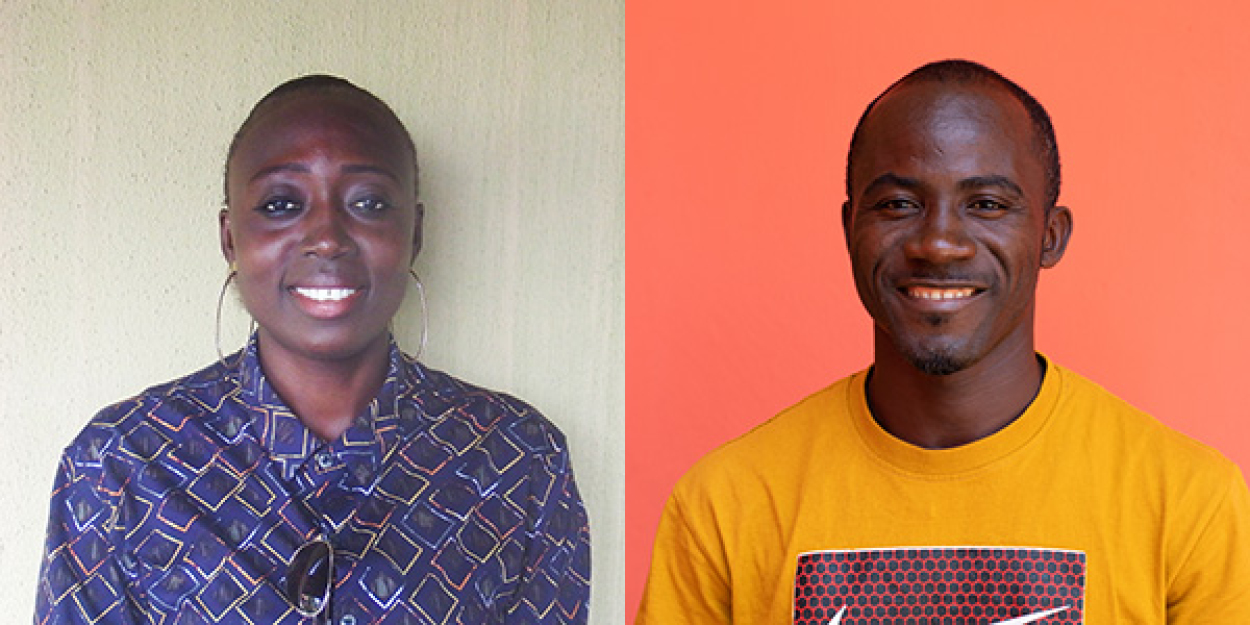 Isaac also mentions communication as a key factor for conflict prevention. After CPLP, he has been involved in creating a safe space for dialogue with a local radio station, which has enabled youth organizations to convey peace awareness in the community via radio.

– At the end of the day, communication is about connecting people and creating relationships. You must realise that you may not get the result you want the first time, but that it is a part of the process. Learning mindful communication has been helpful, and I use it in my everyday life. I believe that misunderstandings are at the start of conflicts, big or small. With mindful communication I have learnt to create dialogue, so that people can understand each other.

Supported by FBA’s Liberian resource team, the county teams are currently in intense preparations for their upcoming peace dialogues.

The dialogues will cover a wide array of topics that the participants identify as priority issues, including prevention of electoral violence, mediation between conflicting political parties, and prevention of motorcycle accidents fuelling a negative narrative of youth.

Conflict, risk and gender analyses are being developed to deepen the understanding of each selected dialogue topic, and discussions are ongoing about which local stakeholders and decision-makers to invite. The dialogues are conducted as a first step in the long-term peacebuilding work in each county.

– The CPLP has taught me what peace means. It is not only the absence of guns, I believe it is a feeling of happiness. For example, if my children and I are safe, well and can go to school, we can have peace.