New report about Sweden’s work on women, peace and security 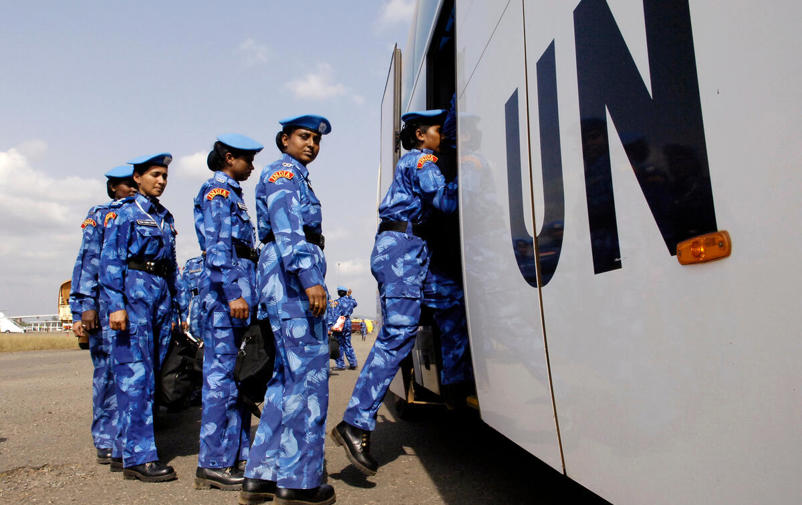 Dela
Demands for a mandatory gender perspective in all development aid projects in conflict-affected countries, and more funding for women’s organizations working for peace. Those are some of the actions taken by Sweden in order to comply with the national action plan on women, peace and security, according to a new report compiled by the FBA on behalf of the Swedish government

She is a subject matter expert at FBA, the Swedish state agency tasked by the government to compile yearly reports on Sweden’s efforts to comply with the national action plan. The report on the work carried out in 2019 is now published. Emmicki was the project manager.

– The report synthesizes the work of eleven Swedish government agencies in 2019, among them the FBA, The Swedish Armed Forces and the Swedish International Development Cooperation Agency. The other agencies have summarized their efforts, and we at the FBA have put together all summaries plus our own observations from last year, into one report, Emmicki says.

– In addition, the report contains a summary of all Swedish efforts in the area during the latest 20 years, to pay tribute to the 20th anniversary of the international agenda on women, peace and security. We can conclude that much has happened, and it is now a must for Swedish government agencies working within the field of peace and security to have a gender perspective.

Emmicki adds that there is, however, much left to do, not the least from an international point of view.

– The latest years we have seen a global backlash against women’s rights, at the same time as conservative forces have grown more powerful. Against this backdrop, Sweden is an important actor for women’s rights internationally. We have consistently pushed for gender equality in the multilateral organizations where Sweden is a member, such as the UN and EU. We have had the same approach for a long time and we have not backed down.

– Sweden was also the world’s first country to declare that we have a feminist foreign policy. This was in 2014, and a number of other countries have since followed. We have been an inspiration for them.

The new report highlights that Sweden has continued its work on assuring that a gender perspective is always taken into account in the bilateral aid given to conflict-affected countries.

– The Swedish International Development Cooperation Agency was also allocated more money by the government, for funding civil society organizations working for women’s rights in conflicts around the world, among other things. Many such organizations are facing growing resistance and financial hardship. Sweden is trying to fill the widening gaps.

In addition, Sweden was the biggest donor to UN Women and UN Action Against Sexual Violence in Conflict in 2019.

During 2019, 16 gender equality advisers and experts on conflict-related sexual or gender-based violence were also deployed from Sweden to international peace operations, and the headquarters of the organizations heading the operations, such as the UN, EU and OSCE (Organization for Co-operation and Security in Europe). Several of the Swedish gender equality experts were on secondment from the FBA, others from the Swedish Civil Contingencies Agency, the Swedish Police and the Swedish Armed Forces.

– Moreover, I want to highlight conflict prevention as well. It protects women – and of course also men, boys and girls – against the consequences of armed conflict. Preventing the emergence of violent conflict is the cornerstone of it all. I appreciate that the current Swedish national action plan on women, peace and security emphasizes this, and the importance of having a gender equality perspective in conflict prevention, Emmicki concludes.