Somalia to be rebuilt after 20 years of war 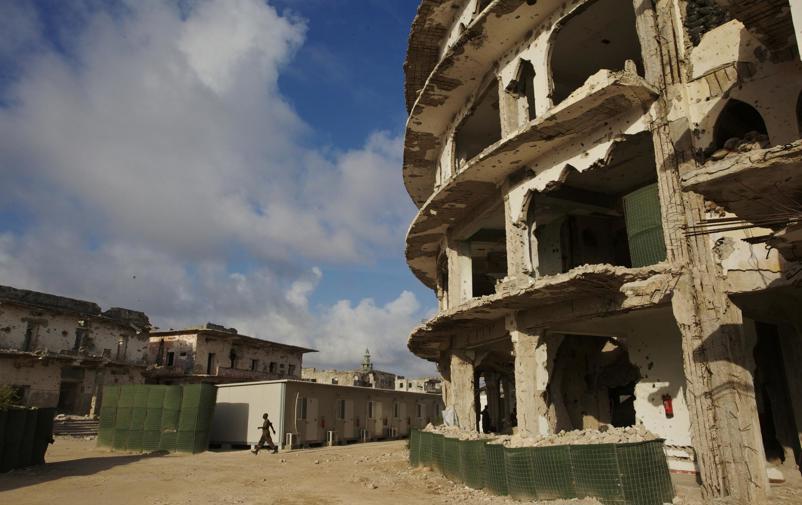 Dela
Somalia is one of the world’s most conflict-affected states. For over 20 years, the country has been without a functional central government. But international efforts to unite and reconstruct Somalia are underway. Sweden is now set to double its foreign aid to Somalia, and FBA is commissioned to contribute to Sweden’s development cooperation with the East African nation.

Sweden is one of many states involved in the international support for peace, security and development in Somalia. The Swedish government has now decided to further increase its contribution.

According to a new strategy for Sweden’s development cooperation with Somalia, Sweden will allocate 600 million SEK per year to Somalia in 2018–2022. The work will be carried out by Sweden’s two governmental agencies for development aid, SIDA and FBA. Only SIDA was commissioned to work with the former Swedish aid strategy for Somalia.

FBA’s new mission in Somalia is twofold. The agency will support the participation of women and youth in ongoing peace processes in Somalia, and support efforts to reform the Somali security sector, including among others the military, police and judicial system.

– FBA is allocated 30 million SEK for this task the coming five years. Somalia is a complex country and FBA will be one of many international actors working there. What we can do is to contribute with our expertise within the field of peace, security and development, says Emma Skeppström, acting project manager for FBA’s work with Somalia.

Somalia was established in 1960 when a British and an Italian colony were declared independent, and formed the Republic of Somalia together. After only a few years of democracy, General Siad Barre seized power in a coup in 1969. He brutally ruled over the numerous clans, groups and regions that make up the nation. When Siad Barre was overthrown in 1991, Somalia fell apart. The country has been devoid of stable, centralized government control since then. Different groups, controlling different parts of the country, have been waging war against each other.

– Somalia has seen several efforts to establish a central government and create a peace agreement. Lately, at least some positive change can be seen. An interim constitution is in place, and elections were held in 2016. But the elected government has yet not established control of the entire nation, Emma Skeppström says.

The bloodiest armed conflict is between the government in Mogadishu and the Islamic extremist group Al-Shabaab, in control of important parts of Somalia. But there are also conflicts at the local level between rivalling clans or groups.

– Those conflicts are often about access to water, land, resources and power. They can only be solved by local peace talks, Emma Skeppström says.

In addition, there are conflicts between various regions of Somalia and the federal government in Mogadishu, for example between the government and Somaliland. Somaliland has declared independence, but has not been recognized an independent state by any other nation, and the government of Somalia considers it a federal member state.

FBA will now support various ongoing peace processes in Somalia, at the national and local level. The aim is to create inclusive peace processes, with active participation of all groups in society.

– Above all, the participation of women and youth needs to be strengthened. Some 80 per cent of the population in Somalia is under 35 years of age, and women obviously make up half of the population. Yet they are not included in peace talks, Emma Skeppström says.

– In order to strengthen their participation in peace processes, FBA could offer trainings for women and youth organizations in Somalia. We could also cooperate with Somali state institutions and push them to include more groups of people in the peace talks.

FBA will also support Somalia’s central government in its efforts to create a functional security sector, prepared to take control over all parts of the country.

– As of today, the Somali government is dependent on international support, such as the presence of the African Union Mission in Somalia (AMISOM), to stabilize the security situation. But the last years we have seen efforts to strengthen the capacity of the Somali state so that it can take full responsibility for national safety. It is envisaged that AMISOM will gradually withdraw from Somalia and hand over security responsibilities to the Somali state, Emma Skeppström says.

– In order to support this work, FBA could give advice on the design of Somalia’s future security sector. Somalia needs a reformed security sector under democratic control, with respect for human rights, rule of law principles, and gender equality. FBA could also offer trainings for parts of the Somali security sector, such as the military, the police and the judicial institutions, on issues such as human rights and gender mainstreaming.