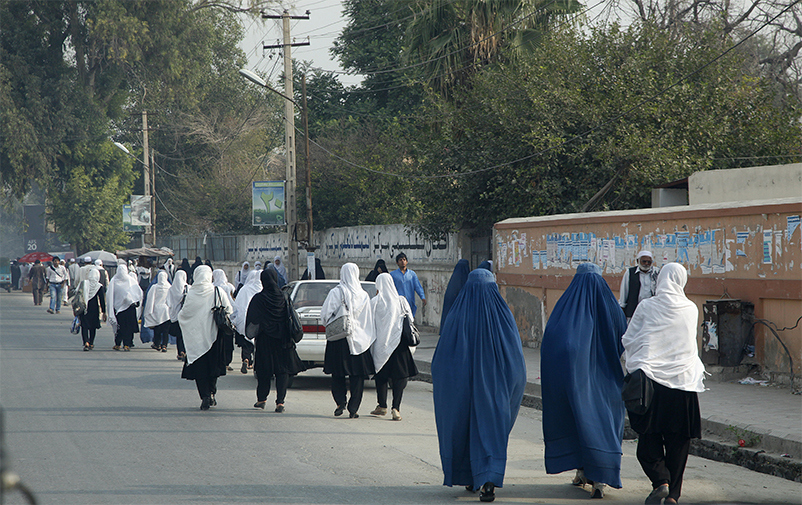 Dela
The Swedish government wants to strengthen Sweden’s contribution to a peaceful development in Afghanistan. To make sure that women are included in the peacebuilding process, FBA is assigned to draft a proposal on how women’s participation can be enhanced. It forms part of a new Swedish strategy for peacebuilding in Afghanistan during 2017-2019.

Over the past year FBA has trained around 30 women from just as many provinces in Afghanistan, in order to support peacebuilding and conflict prevention. The training has been carried out in close cooperation with the Swedish Embassy in Kabul. The third and final training session takes place this autumn.

– Despite the dangers and difficulties of travelling in the country, I wish that all women will be able to return to Kabul in September to complete the training programme. I also hope that our productive collaboration with the embassy will continue, says Tobias Petrelius, Project Manager at FBA’s programme for conflict prevention and specialized in dialogue and mediation.

Whereas FBA has developed the content and been responsible for the execution of the training, the embassy has identified and invited the participants and taken care of all practical arrangements such as administration and logistics. Margareta Wahlström, one of the Swedish Foreign Minister’s Special Envoys for inclusive peace processes, has participated as mentor and facilitator.

According to Tobias Petrelius there is a huge need for similar trainings for women all over Afghanistan. FBA is currently discussing the possibility to initiate a training programme at provincial level, ideally in the Northern provinces where Sweden has long-term commitments. But to be able to reach out to all provinces, local actors and organizations have to be involved.

– We investigate chances of scaling up the training programme for more women to benefit from it, and how it can be connected to the ongoing peace processes, Tobias Petrelius says.

Sweden’s mission in Afghanistan was launched in 2002 and has over the years comprised both civilian and military efforts. When an evaluation of the Swedish mission was presented this spring, the insufficient results were criticized. One of few glimmers of light was the upgraded status of women in the Afghan society, and their improved access to education and healthcare.

The harsh security situation is an aggravating factor and the risks have to be analyzed carefully. But this does not discourage Tobias Petrelius.

– We want to keep the momentum that FBA and the Swedish Embassy have achieved together with the participating women!