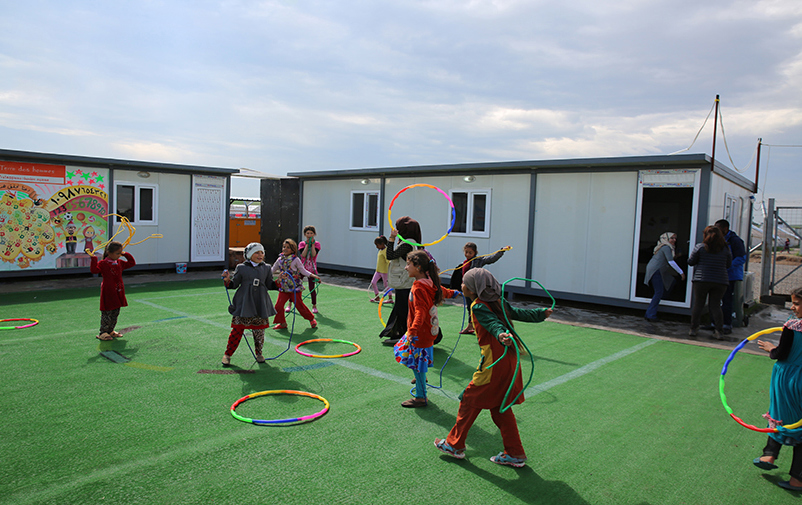 Dela
Iraq needs to be rebuilt after the war on IS, and FBA has an important role to play. The Swedish government has commissioned FBA to support peace-building and state-building in Iraq for the next five years.

– Iraq is facing many difficulties. The war on IS has an enormous cost, in lives and in resources. We see cities completely destroyed. Children missing out on years of education. This new assignment gives FBA an opportunity to give long-term support to the reconstruction of Iraq, Joel Ahlberg says.

Joel Ahlberg has already been working several years with FBA’s support for peace-building in Iraq. After the US invasion in 2003 that ended the reign of dictator Saddam Hussein, Iraq has been plagued by chaos and violence. In order to strengthen the national reconciliation process FBA carried out a project during 2008–2010, where representatives from different groups in Iraq were brought together to discuss and solve disputes. Another project followed in 2013–2015, when FBA brought together academics, politicians and public officials from various parts of Iraq to develop an analysis on how the oil export revenues can be used to create lasting development.

– The new assignment the FBA has been given by the Swedish government is related to our previous work in Iraq. It is very important to build upon existing experience and make use of contact networks already in place, Joel Ahlberg says.

A large-scale military offensive is currently being carried out against the terror group IS in Mosul, Iraq’s second biggest city.
– Mosul is gradually being liberated from IS, which is a great achievement. But at the same time many questions arise. How do we handle the legacy of IS? And how can we create reconciliation between different communities in Iraq, so that they can live side-by-side again? Iraq is a very divided society, with conflicts between Kurds and Arabs, Christians and Muslims, Sunnis and Shiites and so on. Political dialogue is needed to solve disputes and bridge gaps between people, Joel Ahlberg says.