Afghan women trained to claim their space in peace-building 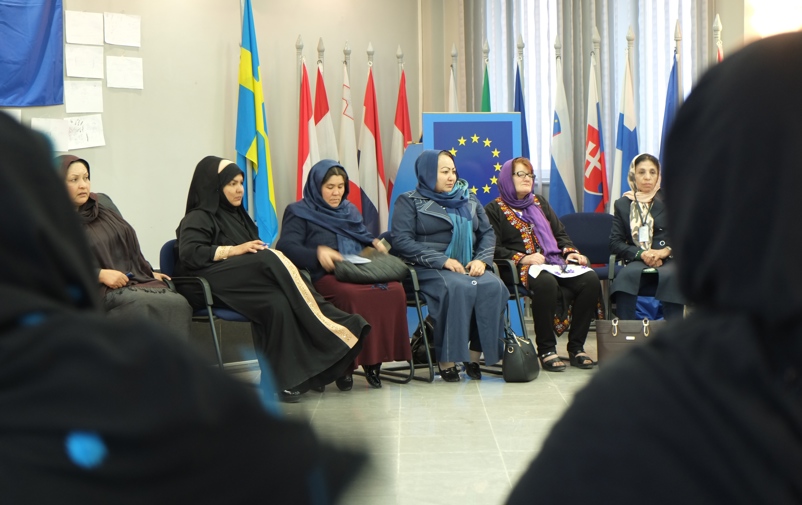 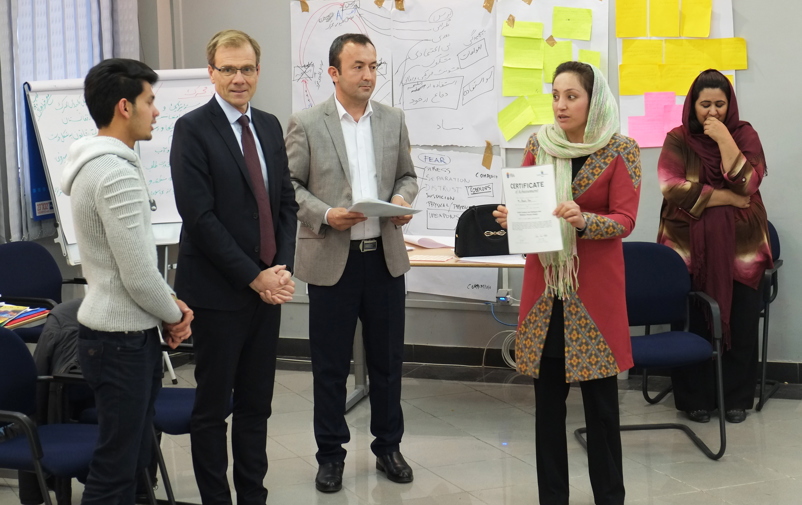 Dela
Women from all over Afghanistan gathered in Kabul when FBA and the Swedish Embassy carried out the second part of its course in dialogue and mediation. Despite the huge constraints women face to move in many parts of the country 27 out of 34 provinces were represented.

Among the women are teachers, a police, a district governor and representatives from the departments of women’s affairs in various provinces. The participants have been chosen because they hold positions in their local communities where increased knowledge in dialogue and mediation can be of use. It is the first time that women from the countryside are invited to the capital to be part of such a training.

– We have tried to reach women that will be able to participate in dialogue and mediation processes. The idea is that they will become peace ambassadors and contribute to changing attitudes and behaviours in their respective provinces, says Tobias Petrelius who is in charge of the training at FBA.

He has many years of experience as specialist in mediation for the MONUSCO mission in DRC. For the training he is assisted by Samira Hamidi from Afghanistan who is active in promoting women’s rights and took part in FBA’s dialogue and mediation programme arranged in Sweden and Cambodia during winter 2016/2017. Margareta Wahlström, Foreign Minister Margot Wallström’s Special Representative for inclusive peace processes, contributes as a mentor.

Tobias Petrelius describes that the aim is to strengthen women’s role in conflict prevention.

The training goes on for a year and consists of three meetings in Kabul, each of them lasts for three days. During the first occasion the participants practiced listening and building confidence, which is a challenge in Afghanistan where discussions often are characterized by distrust and people therefore tend to promote their own messages instead of listening and learning from each other. The next step was about analyzing conflicts and creating discussion processes. The third and final part of the course will take place at the end of the year. Then the participants will be coached in how to lead tricky dialogues based on their own reality.

Tobias Petrelius is impressed by the participants’ commitment. For many of the women the trip to Kabul takes several days. In order to travel they need a companion, they are forced to pass check-points and expose themselves to huge security risks along the road.
– Everyone in the group is incredibly motivated to continue the work at home. Through the network they can meet, share experiences and support each other, he says.

Still there are many challenges and the training is adapted to the difficult situation that prevails for women in Afghanistan. The country is found at the bottom of the UN Human Development Index that measures people’s living conditions. Human rights exist on paper but are often countered by the traditional legal system. Only a fifth of the women have a vocational work and eight out of ten cannot read or write, according to estimations. The violence towards women is wide-spread despite the fact that Afghanistan has adopted an action plan to implement the UN resolution 1325.

At the same time the situation varies between different parts of the country. There are regions where women barely can move outside their homes and are prevented from being part of public talks. In other areas there has been some progress and women have bigger opportunities and freedom to be part of conflict prevention processes.

Yet, conflict prevention is a male domain and it is not obvious to admit women in peace processes on national level. But many conflicts are rooted in the local level and take place within the family. An important step on the way is therefore to create an understanding for how conflicts emerge and can be handled in every-day life.

– In the Afghan context women are seldom formal decision makers, but they participate in many informal conflict resolution mechanisms. I think the course has given the participants important tools and knowledge that provide them with energy to engage in conflict resolution in their daily lives, Samira Hamidi says.

Hopefully the women’s participation will be a positive force that can contribute to improve the country’s future. And Tobias Petrelius believes that the women have the potential to become an important voice in the peace-building.
– With increased knowledge the women will gain confidence and be able to claim their space in society, he concludes.