“We have contributed to state-building in Palestine” 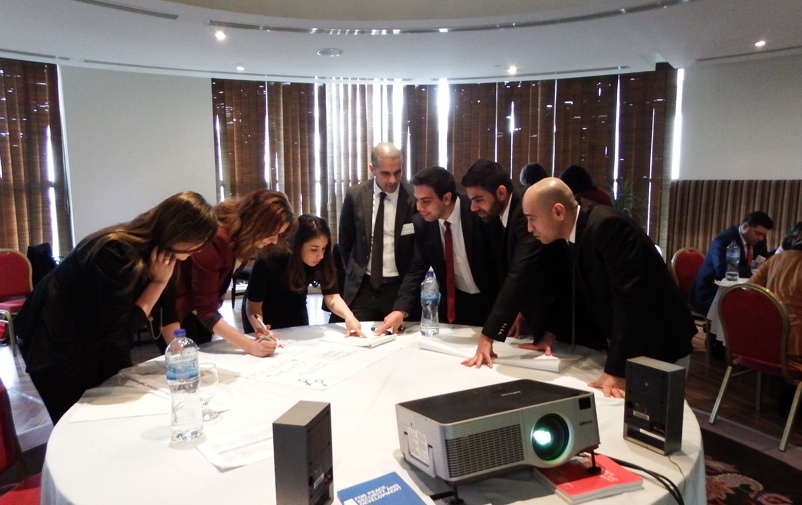 Dela
During 2015 the FBA launched a two-year training programme for Palestinian officials, on practical aspects of diplomatic affairs. The final training session has now been held in Ramallah. “We have contributed to state-building in Palestine, and in the long run that is of course important for a peaceful development”, says FBA Director-General Sven-Eric Söder.

The training programme was initiated upon request from the Palestinian Foreign Ministry. Two previous training sessions have been held; one in April 2015 for senior Palestinian officials, and one in September 2015 for mid-level officials.

The third and last training session targeted newly recruited diplomats from the Palestinian Foreign Ministry and was held in March 2016 in Ramallah, Palestine.
– The course had a really positive atmosphere and I learned a lot, for example how to use analysis tools and their significance to prepare a strategic plan. I also experienced how to write talking points, speeches, reports and hold meetings. The interactive course design encouraged me to be creative, and it motivated me to apply what I learned during the course to be more efficient and productive in my daily work, says Alaa Jadallah from the European Affairs Department at the Palestinian Foreign Ministry.

The closing ceremony of the training programme was held on 17 March at the Palestinian Foreign Ministry, with all training participants. Riad al-Malki, Minister of Foreign Affairs in Palestine, and Hans Grundberg, Swedish Vice General Consul in Jerusalem, also attended the ceremony, together with FBA Director-General Sven-Eric Söder.
– The training programme has strengthened the Palestinian public administration, especially the foreign administration, in the creation of efficient work procedures and routines. The programme has also given room for exchange of experiences. The connections being made with the Palestinian diplomatic corps will be of great importance in the future, says Sven-Eric Söder.

The Palestinian participants will also be able to stay in touch with their Swedish mentors, even after the end of the training programme.
– Now we have trained the majority of the diplomats in Ramallah on practical aspects of diplomatic affairs. We will continue our cooperation with the Palestinian Foreign Ministry and initiate new projects in order to further strengthen institution-building and state-building in Palestine. The next step will be an advanced course on report writing, says Lina Frödin, project leader at the FBA.

In addition, the training concept in practical aspects of diplomatic affairs will be further developed by the FBA, and used in Ukraine later in 2016.

To read about the start of the training programme and the first training session, click here.

To read about the second training session, click here.