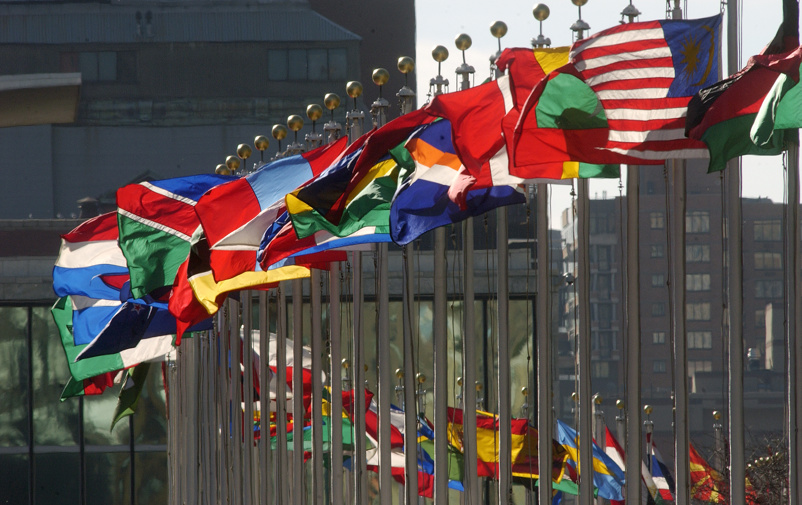 Dela
During the last ten years, the FBA and the United Nations Department of Political Affairs, UNDPA, have worked together to strengthen the UN's capacity to prevent and resolve conflicts. The cooperation was commemorated during a high-level meeting at the UN headquarters in New York, where a discussion was held on todays’ complex conflict patterns and challenges.

– We have together trained over 200 UN staff from across the system in the kinds of skills which are fundamental to the UN’s role as bridge-builder and its efforts in preventive diplomacy and mediation. The course on designing and supporting dialogue and mediation processes has become one of the cornerstones of UNDPA training and remains one of the best courses available to UN staff seeking to hone their skills in mediation and mediation support, said Jeffrey Feltman, UN Under-Secretary-General and Head of the UN Department of Political Affairs, in his opening remarks.

The importance of dialogue and mediation to solve and prevent violent conflicts has, during the past decade, become increasingly recognized. Not least within the UN system, in which a series of reports and resolutions have established that conflict prevention is a key priority for the UN.

Sweden has long and actively supported the UN Department of Political Affairs whose task is to assist the Secretary-General, the special envoys and the UN’s political missions to promote durable solutions to conflicts. In 2006, FBA and UNDPA jointly developed a dialogue and mediation course, which has since become important to increase the UN's mediation capacity and strengthen the organization's ability to identify potential crises before they break out, and to design effective responses.

– A large part of the UN officials involved in conflict prevention has passed our training. The course is very much appreciated and we are proud to provide tailor-made support to people in key positions in the work to resolve complex conflicts of our time, said Sven-Eric Söder, Director-General at the FBA.

The UN Under-Secretary-General for Political Affairs also highlighted that the FBA has provided direct support to UN missions in the field, for example by providing training on conflict analysis and mediation skills, and that Peace and Development Advisors have benefited from FBA support. The Swedish Women Mediation Network, and the support to the Nordic Women Mediation Network, were also pointed out as initiatives that will benefit the UN as it seeks to increase the number of women Special Representatives of the Secretary-General.

– These are just some examples of the valuable partnership between UNDPA and FBA. A partnership that helps us build the capacities and expertise needed for a proactive and effective UN in the fields of conflict prevention and mediation, said Jeffrey Feltman.

During the high-level meeting on December 1, the increased number of non-state armed groups and their implications for conflict prevention was specifically discussed. Jeffrey Feltman and Sven-Eric Söder opened the discussion together with Sweden’s Deputy Permanent Representative to the United Nations, H.E. Ambassador Per Thöresson.

Read more about the FBA's work on conflict prevention and conflict resolution here.