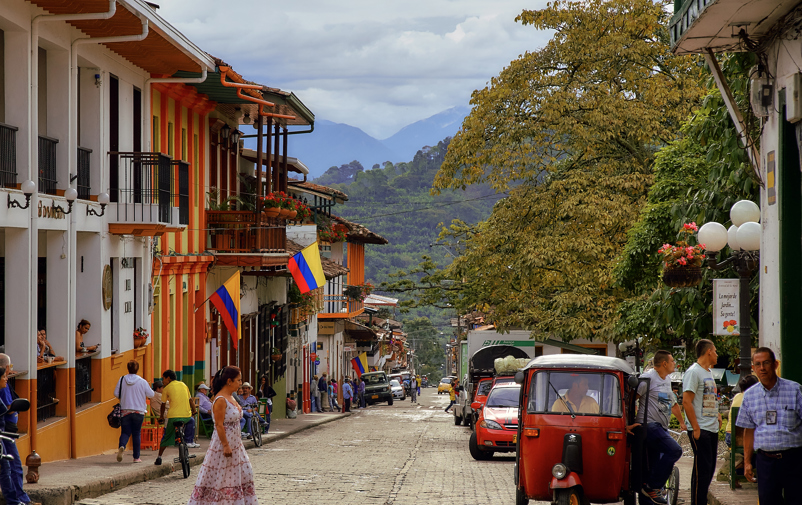 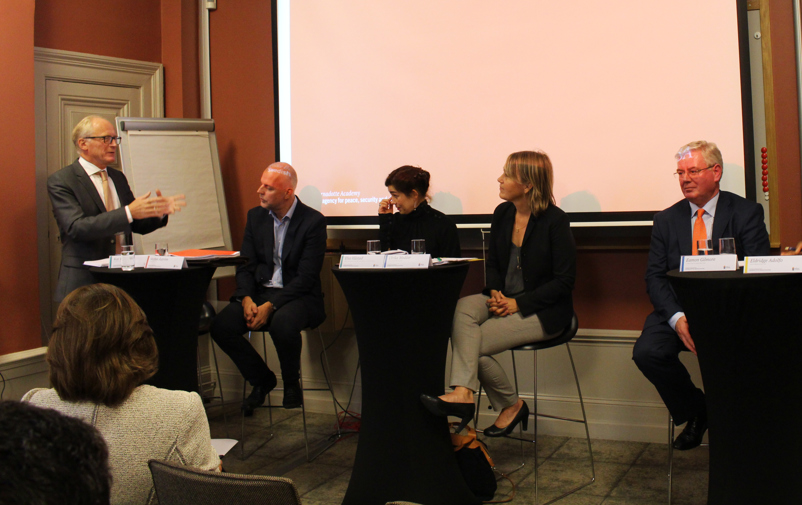 Dela
The FBA is commissioned to support the continued peace process in Colombia, according to Sweden’s new development cooperation strategy for the war-torn country. “It is very positive that a peace accord is now in place in Colombia, and I am very pleased to announce that the FBA will continue to contribute to the peace process”, said FBA Director-General Sven-Eric Söder at a seminar arranged by the FBA on the recent development in Colombia.

Colombia’s government and the left-wing guerrilla FARC finally reached a peace agreement in August 2016. The FBA has supported the peace process in Colombia throughout the years, and when the Swedish government decided upon a new development cooperation strategy for Colombia 2016–2020, FBA was given the assignment to continue its support of the peace process in Colombia. The FBA will, through capacity building, secondments, technical advice and other forms of assistance, support Colombian government agencies and civil society organizations active in Colombia, in their work on security sector reform, women’s participation in the peace processes, and disarmament, demobilization and reintegration of former combatants.

The development in Colombia and the new FBA mission were discussed during the seminar arranged by the FBA in Stockholm on 20 September.
– I am very happy to recognize the support we have been given by the FBA, said Sonia Durán Smela, Ambassador of Colombia to Sweden, at the seminar.
– We now hope to build a new country, a new society.

Eamon Gilmore, EU Special Envoy to the Colombia peace process, identified a number of success-factors within the peace agreement. Among them are, according to him, the focus put on the victims of the conflict and their right to compensation, rural development and measures to reduce economic inequalities, and FARC’s transition from an armed group to a political party with guaranteed seats in the parliament during an interim period. He also mentioned how political courage demonstrated by President Santos has been an important factor.
– It is a historic agreement, Eamon Gilmore said.

Stefan Åström, Project Leader at the FBA’s Disarmament, Demobilization and Reintegration Programme with extensive experience from Colombia, commented on the rapid changes that Colombia is undergoing.
– Things that we hoped for, but thought were not possible, are happening. One of the important things the FBA has done during those years is giving advice to Colombian authorities on what to do with FARC’s weapons. Now the peace accord says that FARC will have handed over all their weapons within 180 days, and the weapons will be melted down and used to make statues, Stefan Åström said.
He went on to describe the future as challenging.
– Many of these people are deeply socialized into armed violence, many of them are even born into the guerrilla. Integrating them into civil society will not be an easy task.

Ulrika Modéer, State Secretary at the Swedish Ministry for Foreign Affairs, and Elsa Håstad, Assistant Director-General of the Department for Europe and Latin America at the Swedish International Development Agency (SIDA), also participated in the seminar. They both emphasized that Sweden’s continued support for Colombia, implemented through SIDA and FBA, must take into account the active participation in the peace process of women as well as youth.

Among the participants was also Kai Eide, Ambassador of Norway to Sweden. Norway has, like Sweden, played an important role in support of the Colombia peace process. Norway has been active as one of the guarantor-countries throughout the four year long period of negotiations.
– What is required now is international support for Colombia, not the least financial support, Kai Eide said.

Eamon Gilmore touched upon the international community’s financial aid to Colombia as well, especially the EU trust fund set up to support the peace process. According to him, Colombia is in need of both economic and political support from the international community. The first step is however for the Colombian people to accept the peace deal in the national referendum that will be held on 2 October.

– The implementation of a peace agreement is never easy. There will be bumps in the road. That is when the support from the international community is important, Eamon Gilmore said.

The FBA is also being tasked to contribute to Sweden’s regional development cooperation strategy for Africa south of the Sahara.

Photo from Colombia: Pedro Szekely
Photo from the seminar in Stockholm: FBA