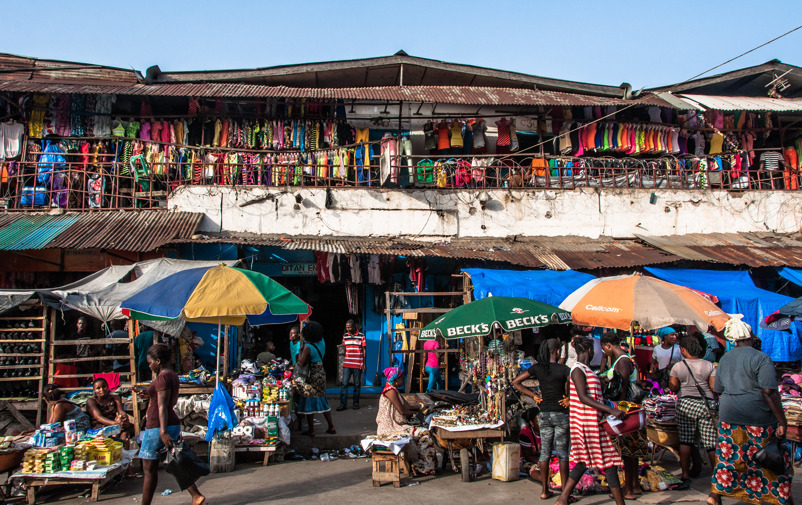 Dela
The Swedish government has decided upon a new development cooperation strategy with Liberia 2016-2020. FBA has been commissioned to contribute to peace-building and state-building in Liberia.

In March 2014 both the FBA and Sida, the Swedish International Development Agency, submitted proposals to the Swedish government concerning Sweden’s new development cooperation strategy with Liberia. Shortly thereafter the Ebola epidemic spread across the nation, which was severely afflicted with at least 10.000 confirmed infected patients; the real figure probably being far higher.

In June 2015 the FBA and Sida submitted revised proposals in the light of the new situation in Liberia – and now the Swedish government has decided upon the development cooperation strategy.

­– The FBA is commissioned to contribute to sustainable state-building and peace-building in Liberia for the coming years. In cooperation with the Swedish Embassy in Monrovia, Sida and other actors we will work in order to strengthen security, democracy and human rights in Liberia, Lisa Ljungström says.

Lisa is project manager at the FBA, responsible for the FBA engagement in Liberia, a nation recently ravaged by bloody civil wars. After the peace agreement in 2003 the UN mission UNMIL was established in order to support the Liberian government in its work for peace and stability. The FBA has had personnel on secondment to the Swedish Embassy in Liberia, and to UNMIL and the Office of the UN Secretary-General’s Special Representative to Liberia; personnel mainly focused on issues concerning peace-building and state-building.

– Since the peace agreement in 2003, Liberia has taken important steps towards a peaceful and democratic society, and there are now cutbacks in UNMIL. But the Ebola outbreak highlighted problems such as corruption, weak state institutions and a lack of trust in public administration. The Liberian government’s plan for the nation post-Ebola is focused on recovery and the building of a more resilient state. It is a complement to the nation’s plan for poverty reduction. With the new Swedish development cooperation strategy FBA can support those processes, Lisa says.

Sweden’s development cooperation strategy with Liberia is based upon a rights perspective and the impoverished population’s perspective on development. Environmental and climate issues, gender equality and a conflict perspective are also integrated into the strategy.

The FBA’s activities within the realm of the strategy aim to strengthen an inclusive Liberian reconciliation process, and increase the application of democratic principles and human rights in the security sector, for example through bolstering civilian and parliamentary control over the security sector. Another priority is to strengthen transparency and accountability in the public administration. The FBA will focus on capacity-enhancing support, such as education and training, secondments, method development and policy support. A total of 30 million SEK from the Swedish development cooperation budget is allocated to the FBA’s assignment in Liberia until 2020.

– Sweden is already an important actor in Liberia, being one of the largest bilateral donors and contributing nations to UNMIL, chair of the UN Peacebuilding Commission Country Configuration for Liberia, and a partner to Liberia within the framework of New Deal. Sweden’s new development cooperation strategy with Liberia further strengthens this role, and at FBA we are very proud to be part of the strategy which is now to be operationalized, Lisa says.

During 2015 the FBA was commissioned to contribute to one of Sweden’s development cooperation strategies for the first time; the strategy for the Democratic Republic of the Congo. Click here to read more.