Dela
UNAMI is the UN's mission in Iraq, mandated to advise and assist the government and people of Iraq on a number of issues, including political dialogue and national reconciliation. The FBA has been asked to train parts of the local staff in dialogue and mediation, and a long-term cooperation has just started.

In late November 2015, the FBA conducted the first training session in Erbil, in a series of capacity building trainings specially designed for the UNAMI's Liaison Officers. The Liaison Officers are locally employed and function as the mission's “eyes and ears on the ground”. They are working under difficult circumstances in a dangerous environment.

18 people took part in the three-day course, focusing on communication and conflict analysis. Through practical exercises and by using storytelling, the participants were challenged to understand new perspectives. 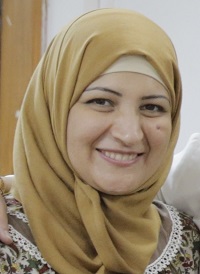 – I often take part in political meetings where a lot of different problems are discussed. These are sometimes hard to place in a larger context. The second day's exercises, when we trained and discussed how conflicts can be seen as a system, will definitely help me in my work, says Israa Abdul-Rahman, a 39-year-old Political Affairs Officer from the UNAMI's headquarter in Bagdad.

The Deputy Special Representative of the UN Secretary-General to Iraq, Gyorgy Busztin, participated in parts of the course and expressed his hope that the new knowledge will contribute to peace and stability in Iraq, now undergoing difficult challenges.

– If all the staff working for this mission starts to use the methods and frameworks that the FBA teaches, we might be able to understand the situation better and be able to approach more actors in the Iraqi society, says Israa Abdul-Rahman.

The FBA's support to UNAMI will continue during 2016 and is part of our work in conflict prevention and conflict resolution. Read more here.