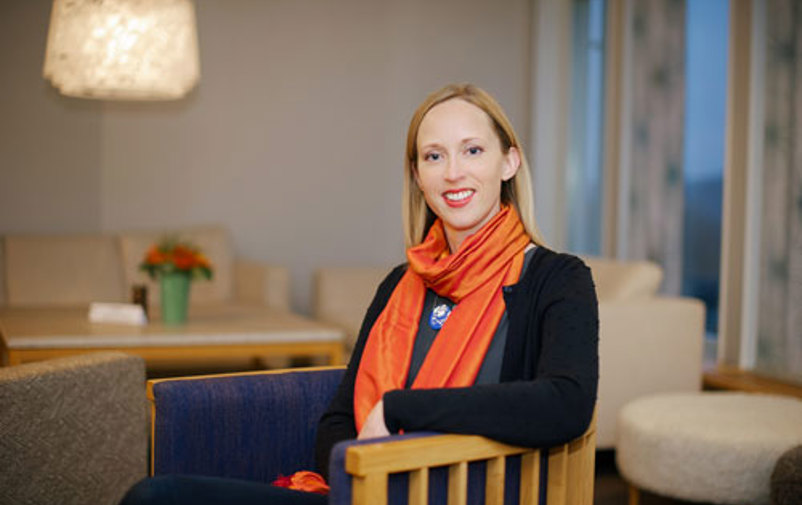 Dela
Louise Olsson is head of the FBA’s UNSCR 1325 Programme, working to support the realisation of the UN Security Council resolution 1325 (UNSCR 1325) on women, peace and security. In the spring of 2014, the UNSCR 1325 Programme released an assessment of the EU’s peace operations from a gender perspective. Now the FBA is releasing two sub-reports that go in-depth into two of the EU’s ongoing peace operations in Georgia and Palestine, written by Martin Åhlin, Marielle Sundin and Louise Olsson.

Why is the FBA studying the use of resolution 1325 in the EU’s peace operations?
– The Swedish Government assigned us to do it. In 2008–2009, the FBA evaluated NATO’s international mission in Afghanistan from a gender perspective. The evaluation was actively used to support the continued work. The Swedish Government wanted to have a similar evaluation of the work of the EU. Our evaluation assists the EU to attain a better picture of where its work stands today, and gives concrete examples of how it can be strengthened.

So how are the EU’s peace operations doing?
– We have not examined all of the EU’s operations, but selected a limited number of missions with different forms of mandates. The main report that was published this spring contains a summary and our main conclusions. The report shows that there are many similarities between the selected missions. Most notably, many of them have a mandate indicating that they must take a gender perspective into account while carrying out activities, but what does that mean? It is not specified, so personnel rather far down in the missions’ organisation have to interpret the vague wording and phrasing of the mandate. That creates a lot of insecurity. Today, some committed personnel, or people employed to specifically work on gender advising in the missions, try to gender mainstream their work on their own. However, there is no institutionalised work procedure.

What do the two sub-reports being released now, on the European Union Monitoring Mission (EUMM) in Georgia and EUPOL COPPS in Palestine, bring to the table?
– The main report, that was first released, gives a comprehensive overview. It presented recommendations central for policy and decisions on the higher policy level at the EU headquarters in Brussels. The sub-reports go more in-depth into two specific EU missions, and gives concrete examples from the field. They can be used by mission personnel trying to find practical examples of how to handle specific problems. They can also be used in education and training, and they can give policymakers a better understanding of the work on the ground.

What happens now?
– Now we can create guidelines based on existing knowledge. For example, the FBA UNSCR 1325 Programme was invited to a meeting for EU Gender Advisers this summer. Many of the advisers said that our report had managed to pinpoint the problems and challenges that they struggle with in their daily work. In addition, the EULEX Kosovo mission has employed an international Gender Adviser again, following one of our recommendations in the main report. The Swedish Foreign Ministry also makes use of the report when they give comments and suggestions on the formulations of new mandates and operation plans. Clarity from the EU Headquarters level, down to the missions, is clearly sought after. Sweden is playing a vital role but it will take the efforts of many Member States to create a permanent change.

Why is resolution 1325 so important in peace missions?
– Gender is one of the most fundamental organising principles of all societies. This means that a conflict will not affect women and men in the same way. It also means that women and men will not have the same capacity or resources to affect what they would want the peace to look like after the war. The EU must take this reality into account while designing peace missions. Moreover, the EU has stated that gender equality is a fundamental question for the organisation. Lack of gender equality is one of the largest global problems that we face today. In 2015, the UN Millennium Development Goals are to be achieved. The goals that the world is the furthest from achieving have to do with gender equality. We have to prioritise the issue.