FBA in the DRC 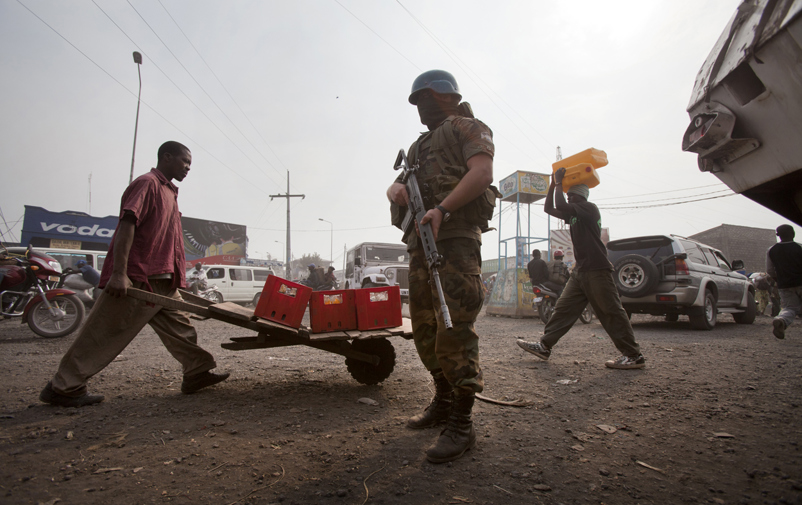 Dela
Living conditions in the Democratic Republic of Congo (DRC) are among the world’s worst. The 2002 peace agreement did not put an end to the fighting between government forces and various armed groups. FBA promotes the participation of women in processes related to peace and security in the DRC, and supports efforts for disarmament, demobilization and reintegration of ex-combatants.

The DRC has been plagued by conflict since gaining independence from the former colonial power Belgium in 1960. UN troops have been present in the DRC for over 20 years. MONUSCO is the largest UN peace operation existing today, and is mandated to enforce peace and protect civilians from violence.

Because of the ongoing fighting, the DRC is experiencing a humanitarian disaster. Out of 85 million inhabitants, over two million are internally displaced.

Within the framework of Sweden’s development cooperation with the DRC, FBA is focused on two areas:

Disarmament, demobilization and reintegration of ex-combatants
One important part of peacebuilding in the DRC is to disarm combatants, and support their reintegration into civilian life. Communities receiving former combatants need to be prepared for this, and trust must be built between the communities and the returning ex-combatants. Structures that contribute to mobilizing individuals into armed groups also need to be transformed. FBA offers training for key actors within the disarmament, demobilization and reintegration process in the DRC.

Women, peace and security
Women and girls are marginalized in processes related to peace and security in the DRC. In 2017, FBA launched a programme for inclusive peacebuilding in the country. The participants, working for both state and non-state organizations, were selected on the basis of their ability to influence the development in the war-torn eastern parts of the DRC.

Click here to read the entire strategy for Sweden’s development cooperation with the DRC 2021-2025.