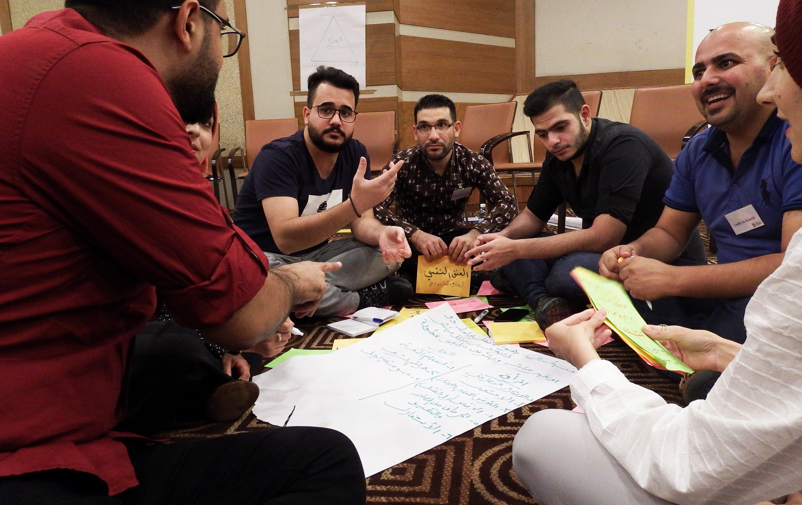 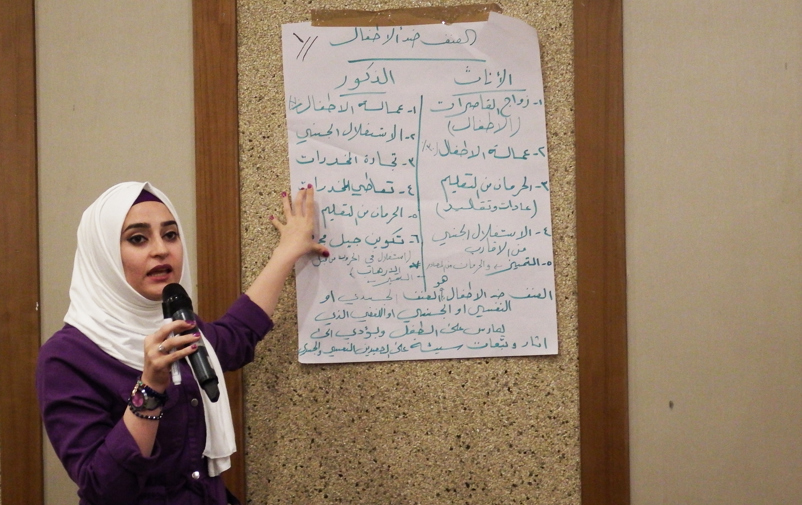 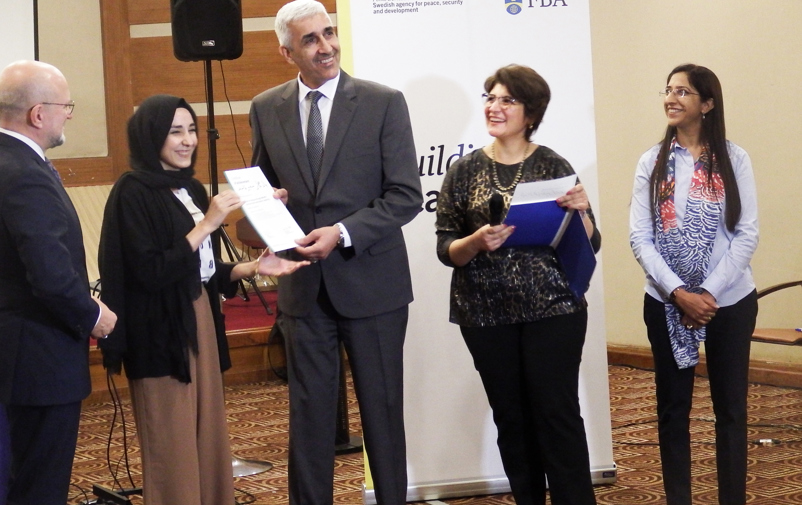 Dela
After decades of war, Iraq needs to be rebuilt. Violent protests against the inability of the Iraqi state to provide its citizens with security and basic social services have rocked the country recently. FBA is now starting a programme for young peacebuilders in Iraq, in order to strengthen them in their non-violent efforts for a positive development.

FBA’s peacebuilding programme in Iraq was inaugurated at the end of September. A total of 23 young men and women, selected on the basis of their engagement in various peace organizations in Iraq, gathered in Baghdad for the first week-long training session. The focus of the training was dialogue and mediation as tools for peacebuilding.

– The participants are between 18 and approximately 30 years old. A large part of the Iraqi population is within this age bracket, but young people in Iraq have little political influence. One purpose of FBA’s peacebuilding programme is to create a platform for young Iraqis to make their voices heard, and to strengthen their capacity to participate in efforts for a peaceful development in the country, Taleb Sobeh says.

Taleb is project manager for FBA’s work in Iraq. He adds that another aim of the programme is to strengthen the participation of women in peacebuilding in Iraq.

– Women are also underrepresented in Iraqi politics and society. This is why FBA has made it a priority to make sure that half of the participants in our peacebuilding programme in Iraq are female, Taleb says.

Another aim of the programme is to bring young people from various backgrounds together.

– Our participants are both Sunnis, Shiites, Kurds, Yazidis and Christians from different parts of the country. The programme offers them an arena where they can meet and listen to each other. The war against the Islamic State terror group, or IS, destroyed ties between various ethnic and religious groups in Iraq. Those groups now have to reestablish their relations, Taleb says.

– We want to arrange the training sessions in different parts of Iraq so that the participants get to travel and see other parts of the country, outside of where they live. The war strengthened pre-existing sectarian cleavages and the country is very split-up now, with different ethnic and religious groups inhabiting different areas. FBA’s peacebuilding programme is one effort to counteract polarization, Taleb says.

In-between the training sessions, the participants will be able to receive mentor support if needed in their daily work for peace. The mentors are handpicked by FBA.

– The participants are extremely motivated and ambitious, despite having lived through so many tragic events. They grew up in a state that could not respond to the needs of its citizens, and then the power vacuum was filled by various militias. Many of the participants have lost friends and family in the war against IS, but they still continue their fight for peace and freedom. Working with them is so inspiring, Taleb says.

After the overthrow of long-term dictator Saddam Hussein in 2003 a power vacuum was created, paving the way for the creation of IS. In the summer of 2014, the terrorist group began taking large swaths of Iraq, and declared it their caliphate.

Following a large-scale counter-offensive, Iraq’s second biggest city Mosul was recaptured in 2017 by Iraqi government forces, with support from an American-led coalition. IS was declared defeated.

But remaining IS cells have continued to carry out terror attacks in Iraq. The country is also plagued by other armed groups.

– Even if the war is over, violence and insecurity is widespread. There are still many internally displaced persons because of the conflict. And people who have been able to return to their homes also face a difficult situation. The infrastructure is in shambles, the unemployment rate is high and access to education, health care and other social services is lacking, Taleb says.

According to Taleb, much work is needed in order to rebuild Iraq. FBA is commissioned by the Swedish government to support efforts for a peaceful development in the country, as part of Sweden’s development aid to Iraq. The peacebuilding programme for young Iraqis will be the most important component of FBA’s work in Iraq in the near future.

The programme is carried out in cooperation with the Embassy of Sweden in Iraq, the UN Population Fund, and the Iraqi organizations Peace and Freedom Organization and Iraqi Center for Negotiation Skills and Conflict Management.

– Young people in Iraq are particularly vulnerable to radicalization. This programme can build bridges between young people belonging to different ethnic and religious groups, and help strengthen the important actors for a peaceful development that do exist, Taleb says.

Photo: FBA. The photos are from the inauguration of FBA’s programme for young peacebuilders in Iraq. The last picture is from the ceremony of distribution of certificates for the participants, attended by FBA’s Director-General Sven-Eric Söder and the Iraqi Minister of Youth Ahmed Riad Taleb.