Training for women peacebuilders in Colombia Dela
Colombia has elected a new president. It remains to be seen how this will affect the ongoing peace process. FBA’s support for a peaceful development in the country continues nevertheless. During summer, FBA arranged a training on security, dialogue and mediation for women’s organizations in Colombia.

In the beginning of August, Colombia’s new president Iván Duque was sworn into office. He is the successor of Juan Manuel Santos, who signed a historic peace deal with the FARC guerrilla in 2016, after 50 years of civil war. The former FARC combatants have now handed in their weapons and are in the process of reintegrating into civilian life.

– Building peace after half a century of armed conflict is challenging. In some of the parts of Colombia that used to be controlled by FARC, a security vacuum arose when the guerrilla demobilized, and illegal armed groups have been taking advantage of the situation, says Anna Widepalm, project manager for FBA’s work in Colombia.

– The Colombian security sector, including the military and the police, is now aiming at increasing its presence in those areas. But parts of the population there are expressing a lack of trust in the state security forces. Some of the inhabitants in those areas have not even had access to public services before, such as education, health care and the legal system. A dialogue between the governmental security actors and civil society organizations, that represent the local population, is needed to build mutual trust.

– They discuss topics such as the security situation in various parts of Colombia. The women have expressed that the police should be more empathetic and less authoritarian while meeting people reporting on abuse and violence, and they also highlight that civilians need more information about their rights. It is important for the Colombian security actors to hear those things, to have a better understanding of the security needs of the population, and to be able to discuss those issues and share their views, Anna Widepalm says.

In order to strengthen the exchange between the women’s organizations and the security sector, FBA arranged a training on dialogue and mediation for selected representatives from the women’s organizations. The concept of human security, the mission and mandate of various security actors, the importance of democratic control of the security sector and international frameworks were also discussed during the training.

– The participating women can be regarded as experts on security in the areas where they live and work. But they need more knowledge about security actors, their right to demand accountability of the security sector, and the role civil society can play in shaping the security sector, says Rosa Emilia Salamanca from CIASE, FBA’s Colombian partner organization.

FBA and CIASE co-arranged the training, which was held exclusively in Spanish, in the outskirts of Bogotá. A total of 40 women from various conflict-affected areas of Colombia participated. Representatives from the Colombian police and military were present as well.

The training forms part of FBA’s wider engagement in Colombia. FBA is tasked by the Swedish government to support a peaceful development in Colombia. According to Sweden’s strategy for development cooperation with Colombia 2016–2020 FBA is assigned to work with disarmament, demobilization and reintegration of ex-combatants, transformation of the security sector, and women’s participation in the peace process in Colombia.

– We have, in particular, given assistance in the form of training and technical advice to Colombian state actors. But we are now reaching out to civil society as well. Civil society organizations, among them women’s organizations, are important in the work for peace. And cooperation between various actors is imperative in order to build sustainable peace, Anna Widepalm says.

In the coming months FBA will explore ways to offer further support to Colombian civil society. FBA will also continue its assistance to Colombian state authorities involved in the peace process, and to the UN mission in Colombia which monitors the reintegration of former FARC combatants into civilian life.

Another factor that comes into play is the ELN, Colombia’s last remaining active guerrilla group. Talks between the ELN and the government have not yet resulted in a peace agreement. If talks are resumed by the new president Iván Duque, FBA may offer support to the negotiations. 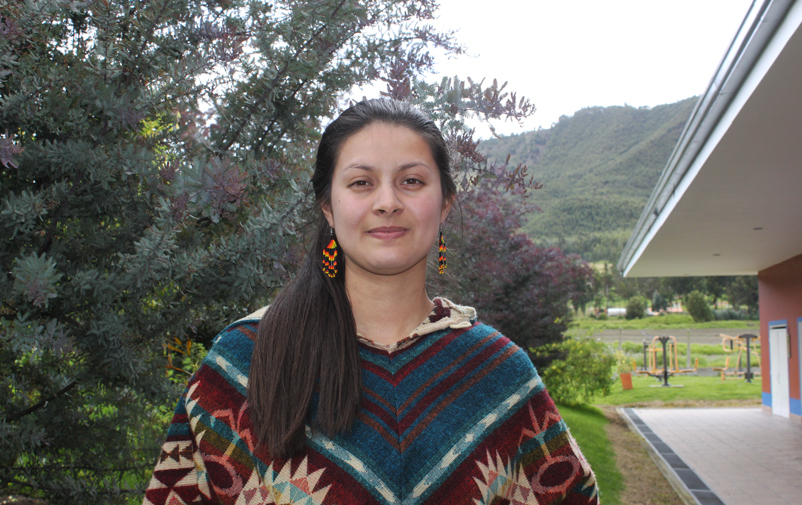 What did you learn during the FBA training on security, dialogue and mediation?
– I did not know much about the concept of human security, it was useful to hear more about it. I was also pleased to see so many different women from different parts of Colombia participating in the training. I met other indigenous women and women of Afro-Colombian descent as well, all of them fighting for a peaceful development in their respective territories. Localized actions can really contribute to change. In addition, I was surprised to meet women from the national police and military. I knew that there are women in high positions within the police and the armed forces, but I did not expect to ever talk to them. It was very gratifying to see that even though we came from such diverse backgrounds, we all had something in common, being women in Colombia. 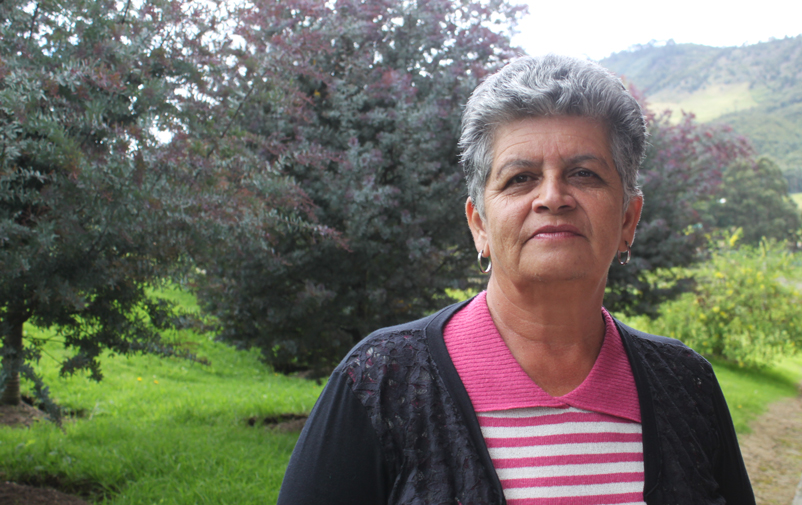 Which organization do you represent?
– I volunteer for an organization called Fundación Red de Mujeres Comunales y Comunitarias, in Valle del Cauca, a part of Colombia where violence against women is widespread. We run a project where we inform local women about their rights, in cooperation with the police. We go from house to house, knocking on doors together with the police, to talk to women about existing legislation and how to report a crime if needed.

What did you learn during the FBA training on security, dialogue and mediation?
– I learned quite a few things that will be useful while collaborating with the police. The police, and the armed forces, are responsible for providing security in Colombia. But a lot of people lack knowledge about the functioning of those institutions. They have such a complex internal structure. Civil society needs more training in order to effectively and assertively be able to understand and influence the security sector. This training provided us with useful tools. 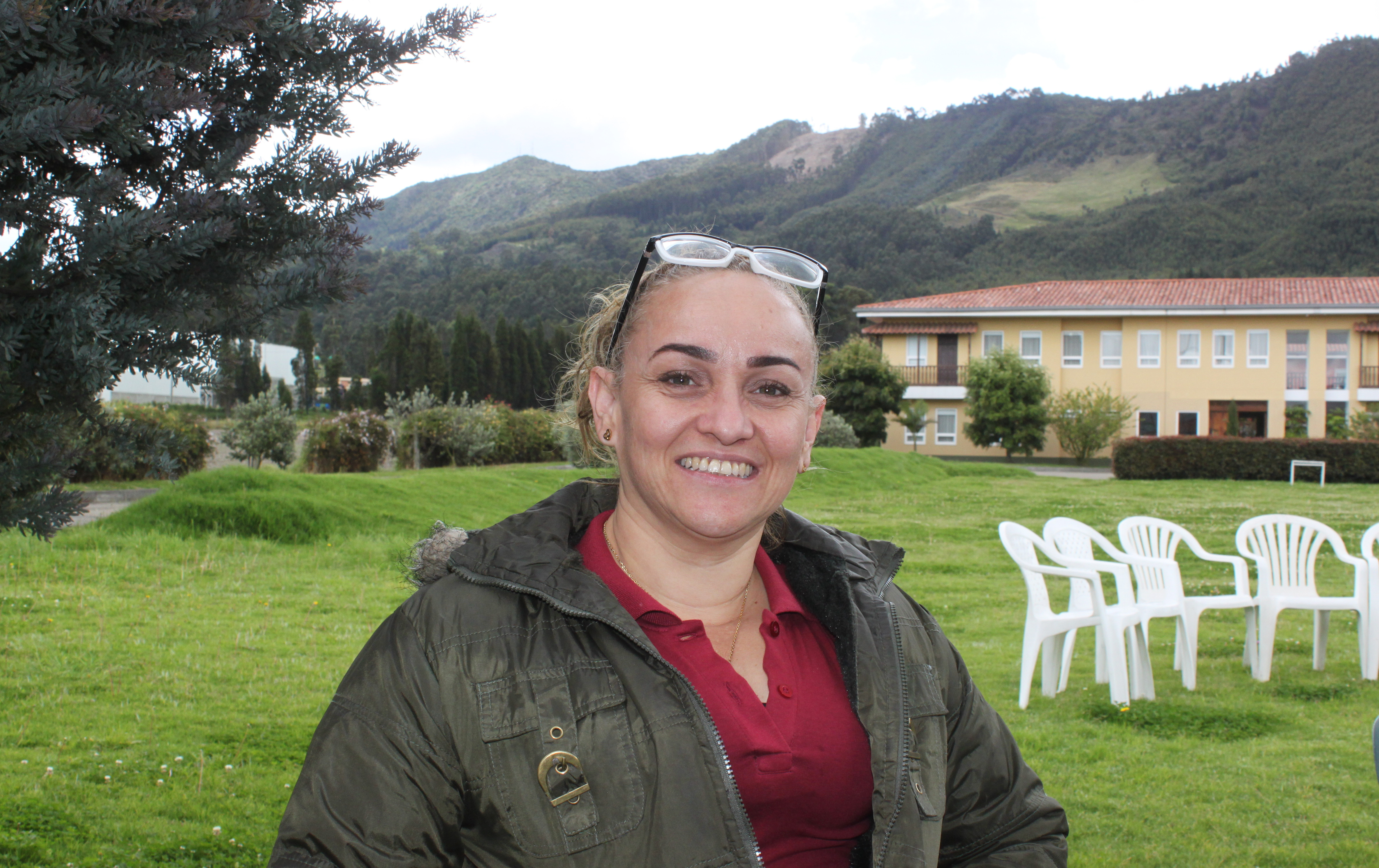 Which organization do you represent?
– I belong to a network of female ex-combatants. I injured my back while I was a combatant, and my legs are paralyzed. When you are both a victim of conflict and disabled, you face double vulnerability. It is important for women like me to organize collectively. We have to fight in order to not become invisible, to take place in the public sphere.

What did you learn during the FBA training on security, dialogue and mediation?
– I realized that in my everyday life, I am already doing many of the things we talked about during the training, such as conflict mediation. But even though I have some practical experience, it was useful to gain theoretical knowledge. I learned some helpful tools that I can now use in my work, and I will educate other women in my organization about those tools and techniques as well. 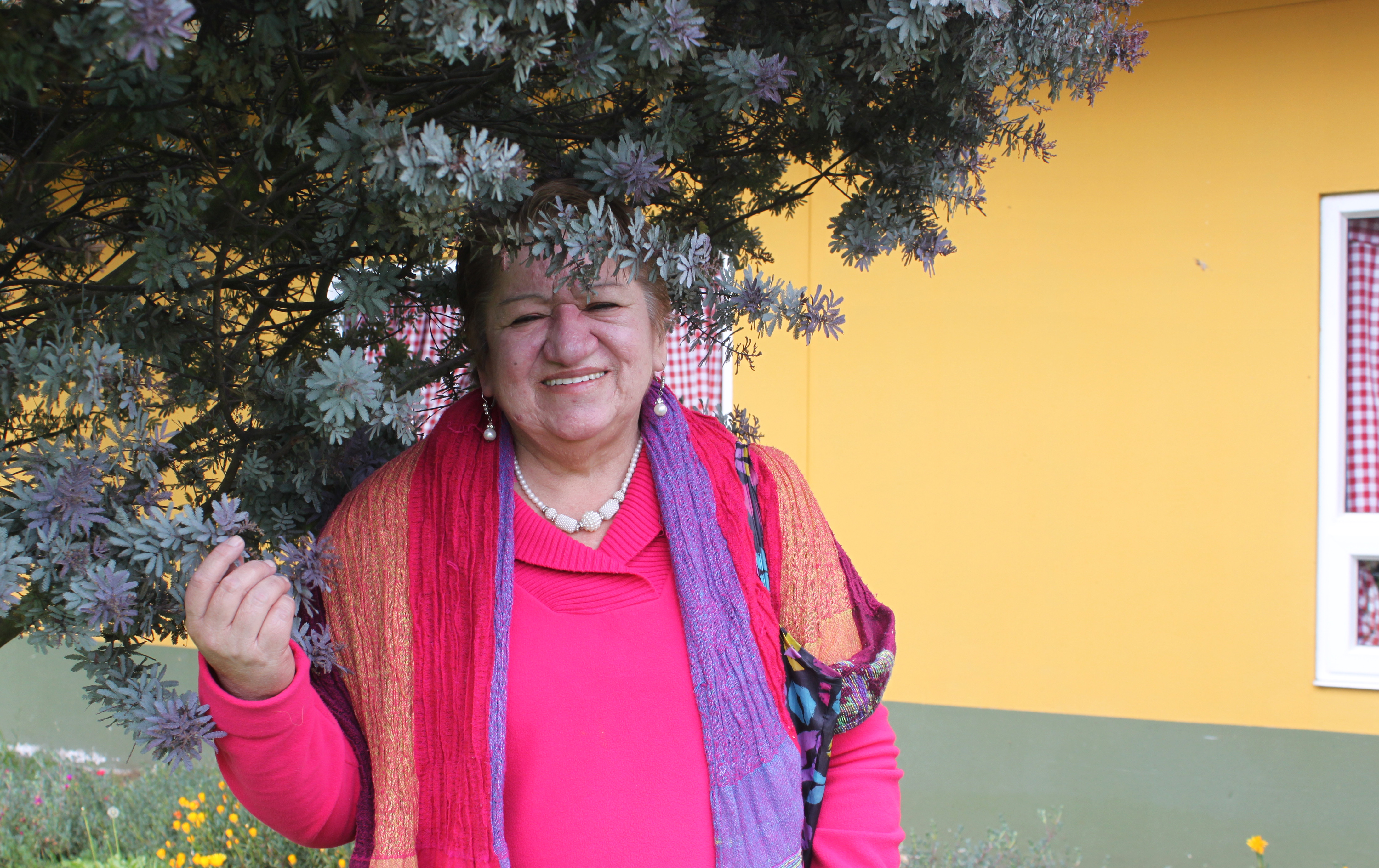 Which organization do you represent?
– I represent an ecumenical network of women working for peace, REMPAZ. We are Catholics, Protestants and Pentecostals, working together in the Sucre Department in Colombia. It started in 2001 when over 15.000 families fled the countryside because of the ongoing fighting. They came to the city of Sincelejo without food, without some place to stay. REMPAZ was established in order to help them. Since then, the network has grown and started new projects. Today, for example, we take part in local meetings for victims of the war. The participants come from different sides of the conflict, and they do not always want to listen to each other. We try to calm them down, get them to actively listen to each other, and to create a space for dialogue.

What did you learn during the FBA training on security, dialogue and mediation?
– I, and the other women in the network that I am part of, are obviously already mediators. We mediate disputes in everyday life; within families, communities, at the local meetings for victims of the war. But some of us are advancing into mediation at the national level. So we need new knowledge. I think what we have to strive for is to destroy the prevalent image of the enemy. The conflict in Colombia has been here for so long that people on one side of the conflict have started to believe that people on the other side are completely different from them, and vice versa. Our job is to make people realize that this is not the case, and they have to respect each other and be able to live side by side. The training gave me tools that can be of use in this work.