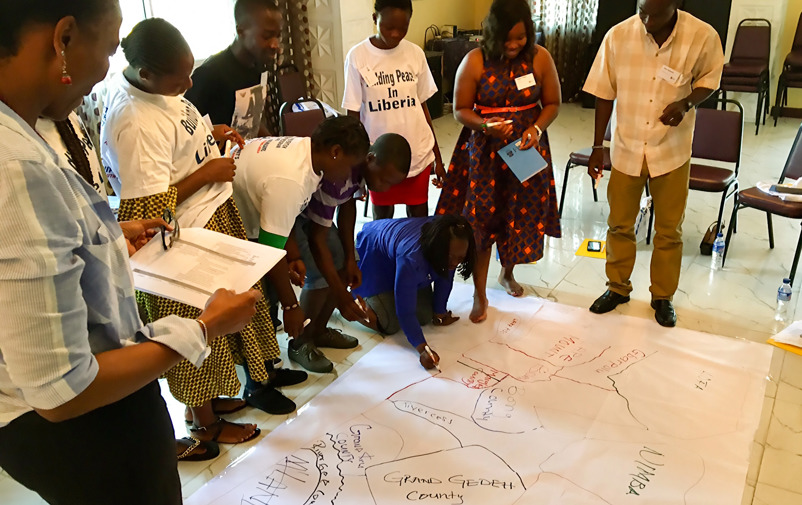 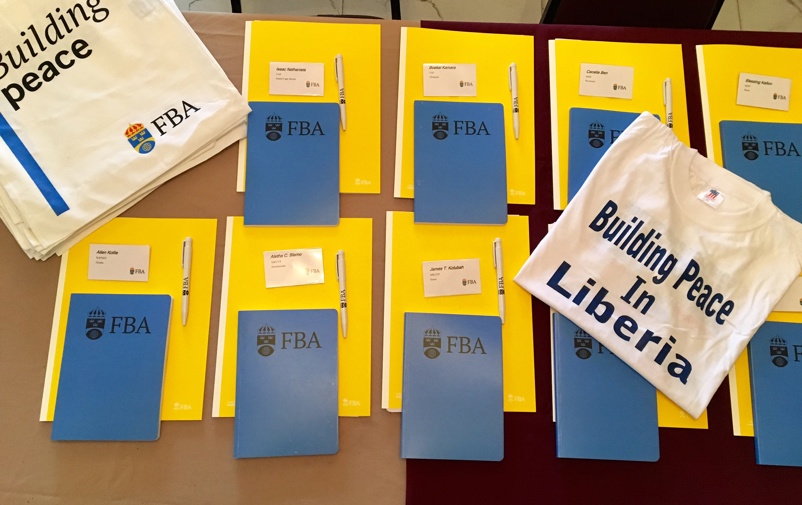 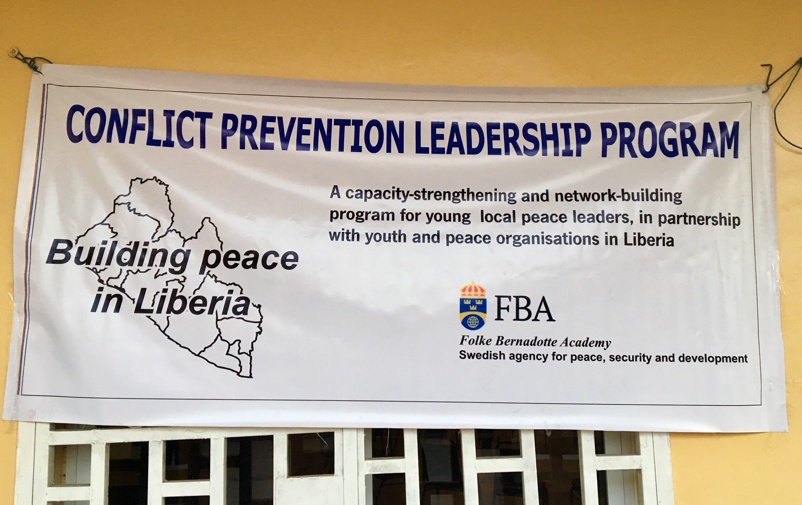 Dela
How can Liberia’s youth play a more important role in the work for peace and reconciliation? FBA aims to enhance youth participation in the peace process in Liberia with a new leadership programme. The purpose is to strengthen networks and capacity among young peacebuilders to prevent and solve conflicts locally.

Fifteen young women and men from various parts of Liberia have been chosen to participate in the leadership programme. They represent four national peace and youth organizations, and are committed to peace work in their respective home counties. The first week-long training is currently conducted in Paynesville, in the outskirts of Monrovia. FBA’s Maja Jakobsson and Dominique Górska are present.

– Our ambition is to strengthen a number of key individuals in each organization to ensure that they will be able to participate at all levels in society. We also want to encourage dialogue and cooperation between the organizations, so that they can benefit from each other’s strengths, Maja Jakobsson says.

As in several other countries on the African continent the population in Liberia is young. Close to 70 per cent of the citizens are below 30 years of age, according to the UN Population Fund. Young people constitute a vulnerable group in society, unemployment is high and many have a difficult economic situation. At the same time young people often face challenges when trying to make their voices heard, especially those from areas outside of capital cities.

The UN Security Council resolution 2250 stresses that young people in particular have an important role in the work for peace and security, and have to be included to a greater extent. In general, measures to increase employment and young people’s influence in society are assumed to counteract violence and extremism.

In 2016 FBA was commissioned to contribute to Sweden’s development cooperation strategy with Liberia. FBA will, among other things, contribute to increased capacity for an inclusive Liberian reconciliation process. Young people constitute a prioritized target group. The eight women and seven men in the ages 18 to 33 who are selected to be part of the leadership programme were nominated by their respective organizations and thereafter interwieved by the FBA.

– We want diversity in the group. To get as many different perspectives as possible we have demanded that each Liberian county should be represented, says Maja Jakobsson.

Liberia has just seen the first democratic transfer of power since 1944 and only a few weeks ago the previous football player George Weah was inaugurated as president in a crowded Samuel Kanyon Doe Stadium in Monrovia. Many of his supporters are young and have high expectations for a brighter future.

But peace organizations for young people face great challenges in their work for sustainable and long-term peace, Maja Jakobsson says.
– The bigger, established organizations get more space and funding. There is a hesitancy to invest in the youth organizations.

FBA therefore concluded that it was central to liaise with peace organizations that not only focus on young people, but also are managed by young people.

The leadership programme is carried out in three phases during 2018. All participants are offered support between the physical meetings and FBA also provides individual coaching with the help of a Liberian resource person attached to the programme.

The second occasion is arranged at FBA’s education center at Sandö this summer and the third and final occasion will take place in Liberia in the autumn. The purpose is to make the young peacebuilders better prepared to continue taking an active part in the work for a peaceful Liberia.

– Hopefully they will strengthen their confidence as leaders and peacebuilders, acquire more knowledge and understanding about dialogue and mediation, and practical skills to prevent conflicts. In addition, we hope that the programme will inspire and contribute to the development of the participants’ personal motivation for peace work, Maja Jakobsson says.

Click here to read about two of the participants who share their thoughts after the first part of the training.

The participants represent four Liberian organizations working with conflict prevention by, for and with young people: Mano River Union Youth Parliament, Messengers of Peace Liberia, Women in Peacebuilding’s Youth Wing and Young Ambassadors for Peace. FBA has designed the programme in cooperation with the participating organizations. The Liberian Platform for Dialogue and Peace supports FBA in the implementation of the programme.