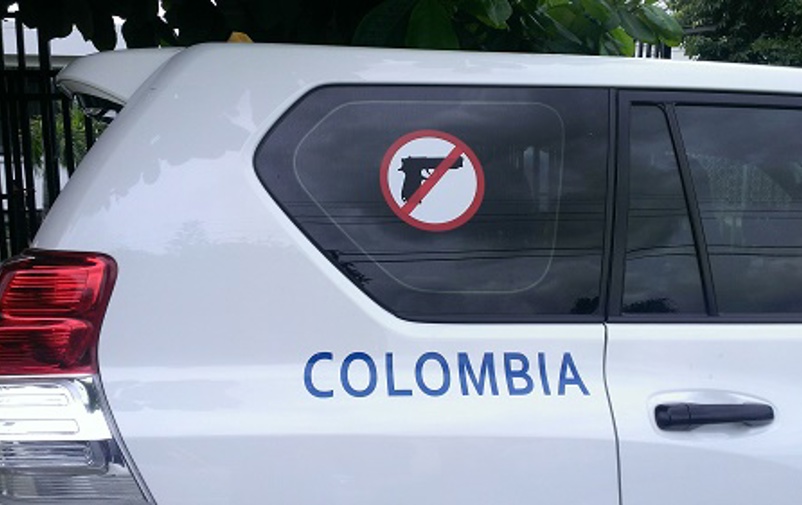 Dela
The peace negotiations between the Colombian government and the FARC guerrilla continues. The FBA experts on DDR, Disarmament, Demobilisation and Reintegration, just got back from Bogotá, Colombia, where they were invited to participate in a three day conference organised by the International Organisation for Migration (IOM).

The Peace Commissioner's office, who participates in the peace negotiations with FARC in Havana, were the audience when the FBA experts held workshops on ceasefires and best practice from other peace processes in the region, disarmament and submission of weapons, holding patterns and stabilisation processes, among other topics.

Three crucial parts of the agreement are already approved by both parties, concerning land reform, drug traffic and political participation. Although the part on compensating victims of the long conflict seems to take longer than previously planned, Hans Thorgren, FBA´s project manager for the DDR team, is hopeful.

– Although there is a long way to go, it is a huge step forward that these three complex and hard issues are agreed upon. The remaining parts of the agreement are not going to be easy and will probably take longer than predicted, but that doesn´t have to be something negative, it might even give more legitimacy to the final agreement.

The FBA is one of the leading institutions when it comes to training, research and policy development in the field of DDR and has contributed to the UN doctrine on DDR (IDDRS). Read more about FBA´s work on DDR here.