Long way to go before women are fully involved in peacebuilding 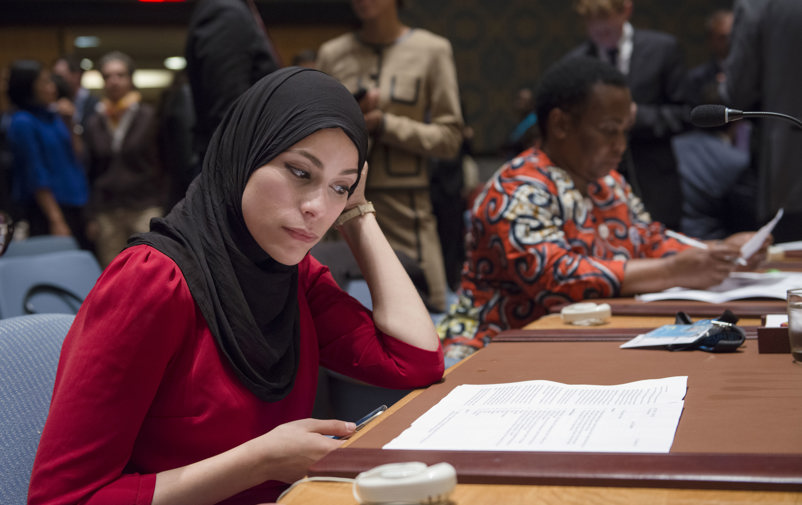 Dela
Twenty years after the UN Security Council resolution 1325 established that women have a right to participate on equal terms in every aspect of the work to prevent and manage conflicts, women’s participation in efforts for peace and security is not yet indisputable.

– At the policy level we see progress, but things are moving too slowly on the ground. Still, a very small proportion of participants in peace processes are women, and they are often involved at a late stage in the process, when the parties have already decided how to govern, where to allocate resources, and what issues that should be on the agenda, says Chris Coulter, head of the Dialogue and Peace Mediation Unit at FBA.

According to Chris, the discussion about the inclusion of women has gained momentum in the past five to ten years, with several new UN resolutions. The top political leadership in countries like Sweden, and international actors like the UN, have expressed their commitment to the cause.

When women do participate in peace processes, they rarely appear in higher positions as mediators, special envoys or special representatives. As a consequence, women’s experiences and needs are not properly taken into account.

– The dominant viewpoint has long been that we must end deadly violence, then we can deal with other issues, Chris Coulter explains. She continues:

– But a gender equality perspective has to be included in all aspects of a peace process, even a ceasefire agreement.

– How do we protect the local population from the fighting parties during the course of the agreement, and what are the implications if one group breaks the agreement? This was a central topic in the peace deal between the Colombian government and the FARC guerrilla in 2016, Chris Coulter says.

She underlines that FBA offered training for a working group of women that were part of the peace talks.

Colombia is famous for its peace agreement, that has been called the world’s most gender equal. But when the peace process started, neither the government nor the FARC delegation included women. Due to pressure from civil society, the president at the time, Juan Manuel Santos, appointed a woman to his delegation. It soon became clear that it did not make any difference.

– Of course, it is important that women are part of the talks, but most important is that people listen to what they have to say, Chris Coulter explains. This is what we call “women’s meaningful participation”.

Also, the participation of women does not mean that a gender equality perspective is automatically applied to a peace process. Women who are part of the political leadership often belong to the national elite, and women who have managed to reach high positions in a patriarchal society are not always keen on sacrificing their privileges. This is why the involvement of local civil society organizations, not the least from the countryside, is crucial.

FBA works to strengthen women as actors, identifies and promotes local women peacebuilders in the partner countries of the agency, and brings together different groups so that they can share experiences.

An understanding of political dynamics is essential

Women often play a role as mediators in local conflicts, and possess important knowledge about their communities. But they may have limited understanding of high-level political dynamics. In order to be able to participate in national peace processes and put forward their messages at the right time, they may need to learn more about high-level peace processes.

Research shows that the possibility for civil society organizations, including women’s organizations, to put relevant topics on the agenda increases when a peace delegation includes women delegates. But women can make their voices heard in other ways.

Sometimes, working groups of women are created, tasked with providing peace negotiators input and information. It may be about the content and format of the peace talks, the design of the country’s constitution, or issues concerning land rights. Women can also participate in consultations and advisory bodies that support the chief mediator. They can pass on their knowledge to assure that a gender equality perspective is always integrated.

– In addition, more women have to be involved in political parties, for future state building. In Somalia for example, FBA and the election commission cooperate in order to encourage women to engage in politics – and to vote, Chris Coulter says.

She emphasizes the great symbolic value of women’s participation. When women mediators are visible at the international level, it leads to acknowledgement of women in local communities. In this regard, Sweden can serve as a role model, with the Swedish Women’s Mediation Network created by the former Foreign Minister Margot Wallström.

Women negotiators have struggled for a long time in the male-dominated area of international mediation. Now, more and more people are starting to question this, and to call for innovative thinking.

– Only replacing some men with women will not work. We have to alter the whole system of peacebuilding, Chris Coulter says.