Fifth anniversary of the agenda for youth, peace and security – FBA celebrates by releasing new handbook 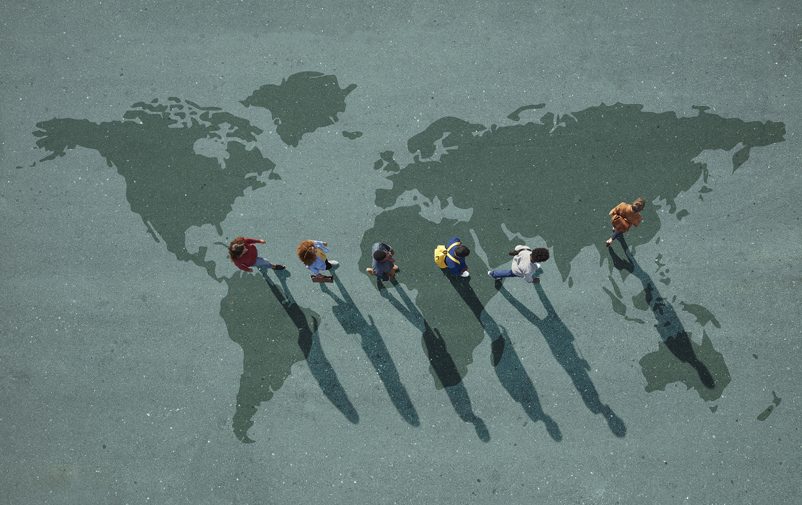 Dela
Five years ago, the UN Security Council adopted resolution 2250, which recognizes youth as important actors in peacebuilding. Together with two following resolutions, it now constitutes the international agenda for youth, peace and security. In connection with the fifth anniversary of the agenda, FBA is launching “The Youth, Peace and Security Adviser’s Handbook”.

Half of the world’s population is under the age of 30. Many of them live in conflict-affected countries. Despite this, young people are under-represented in peacebuilding efforts, especially at the higher, decision-making levels.

– There are so many myths about young people not being suitable decision-makers. In many contexts, the image of a leader is still an older man. But nothing says that you can only be a good leader if you are older, or if you are a man. Young men and women have a right to participate in decision-making that affects their future, says Erike Tanghøj.

She is a subject matter specialist at FBA, Sweden’s expert agency for the implementation of the agenda for youth, peace and security.

Erike draws parallels to the recent presidential election in the US, with two men over 70 being the main candidates.
– Many people think that is what power is supposed to look like.

The agenda for youth, peace and security aims at breaking those negative stereotypes, and recognizing young people between the ages of 18 and 29 as important actors for peace and security, who must be included in peacebuilding efforts at all levels.

– Five years is not a long time for an international agenda to have an impact. But I think a lot has happened since resolution 2250 was passed. The positive role that young people can play in efforts for peace and development is being more recognized now, and we see many young men and women joining forces both locally and globally, to mediate in conflicts and to hold politicians to account.

At the same time the image of young people as trouble-makers and security threats, rather than positive actors for peace, still exists.

– I think it shows clearly in the public debate about the coronavirus pandemic. Young people are being portrayed as irresponsible spreaders of disease that do not care about restrictions. But there are many young people out there who have taken on important responsibilities, such as grocery shopping for elderly neighbours. All the positive contributions of young people are easily forgotten.

During the five years of the existence of the agenda for youth, peace and security, the UN, EU and OSCE – three heavy-weight organizations within international peacebuilding, and important partners for the FBA – have started to establish new functions in charge of overseeing the implementation of the agenda. Advisers, specialists and focal points for youth, peace and security are some of the job titles that have emerged.

– The tasks of these persons vary a lot, depending on the organization that they work for, the role that they are given, and if they work with policy issues at the headquarter level, or as practitioners in the field for a peace operation in a conflict-affected country. However, they all have something in common. They are all commissioned to ensure that a youth perspective is taken into account in the work for peace, and they have to engage and inspire their colleagues to strive for this.

Since it is a new category of staff, there is not much guidance available for people working as advisers, specialists or focal points for youth, peace and security.

– This is why we decided to develop a new FBA publication, “The Youth, Peace and Security Adviser’s Handbook”, with practical tools, advice and support for people working within the field, Erike says.

She is one the authors of the publication, together with João Felipe Scarpelini who has been hired as a consultant to work on the handbook. He was one of the very first people to work with youth, peace and security within the UN system. Originally from Brazil, João spent five years as youth adviser for the UN in Somalia.

– I wish that I would have had such a handbook when I started that position. I was so excited when FBA asked if I wanted to work on developing the handbook, João says.

– I want to contribute by sharing my experiences. To give just one example, when I began working in Somalia, because the role was so new, some of my colleagues had difficulties understanding my role. I had to learn how to navigate resistance and build alliances and mobilize support. Some of those key lessons are now part of the handbook, and will hopefully be helpful for other people.

– I think that there is still a lot of confusion about what the role of a youth, peace and security adviser really is. Some people may wrongly assume that an adviser is the same as a youth representative. Or that the role is limited to the management of youth projects only. What we try to argue in the handbook is that the role of a youth, peace and security adviser can be quite comprehensive. The adviser is the person who will make sure young women and men are listened to, and that their specific needs are taken into account in the planning, implementation, monitoring and evaluation of policies and programmes, João says.

When Erike and João began working with the handbook, they sought out people within the UN, EU and OSCE with experience from the agenda for youth, peace and security.

– We formed an advisory group tasked with providing input to our work. We conducted interviews and held meetings to get useful advice and information from the members of the group. We wanted to pinpoint the most important things to know in order to succeed as a youth, peace and security adviser, Erike says.

As time went on, the handbook took shape. It is now available online here.

– I hope it will be widely used. Our partners within the UN, EU and OSCE will spread the handbook within their organizations, and the FBA itself will use the handbook in trainings for personnel about to be deployed to peace operations, Erike says.

In addition, the handbook will be launched at the UN online celebration of the fifth anniversary of resolution 2250, on December 9.

– It is an honour to get the possibility to launch the handbook in connection with the official UN celebration of the agenda for youth, peace and security, Erike says.

– Sweden, and FBA as a Swedish government agency, have been able to play an important role in the establishment of the international agenda for youth, peace and security. I am proud over this. And I look forward to keep working for the right of young men and women to participate in peacebuilding worldwide.

Q&A with Julius Kramer, the first youth, peace and security adviser to be seconded from FBA to an international peace operation.