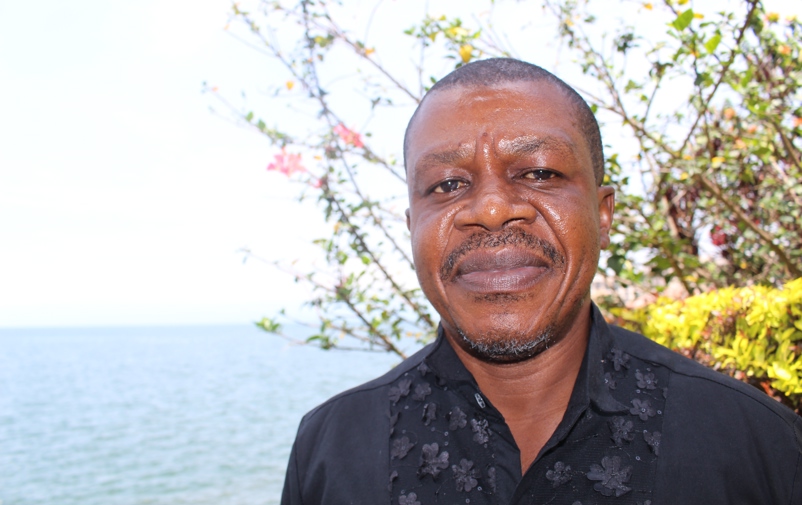 Dela
Adolphe Balekembaka Musafiri works with reintegration of children, previously associated with armed groups, into civilian life. He is a project coordinator at the non-governmental Congolese organization PDV.

– I work with children aged 9 through 17 that have belonged to different armed groups in the province of South Kivu. Most of them are about 12 years old. We help them reunite with their families and get access to health care, both medical care and psychological support. We can also help them find employment or start an education.

Why did you want to participate in the FBA’s peace-building programme in DRC?

– When I received the invitation I thought it was a great opportunity for me to learn more about inclusive peace-building, especially about the inclusion of women and girls in the work for peace. I will be able to bring with me a lot knowledge from the programme to my organization, and pass on the knowledge to my colleagues. An estimated 60 percent of the children that belong to or have belonged to armed groups here are boys, and 40 percent are girls. But the girls did not use to be included in programmes to reintegrate children from armed groups. The organizations working with those issues used to think that girls do not count as ex-combatants since they seldom have been handling a gun. Girls in the armed groups usually have other tasks such as cooking, or being sexually exploited. This has now changed. PDV, that I am working for today, is helping approximately 45 percent girls and 55 percent boys. In my work it is important for me to be able to see and understand the needs of both sexes.

How do the needs of boys and girls differ?

– They have often had different roles in the armed groups. Hence, they might need to process what has happened to them in different ways. Many of the girls have also fallen pregnant while belonging to an armed group. We help them with the children and enable the children to go to school. However, it is important not to focus on the differences only. We make sure that the children that we help get an education can choose between the same studies, no matter if they are boys or girls. There are some professions and trainings that traditionally have been exclusively for men, and the other way around, but we do not adapt to that.

How do you envision the future?

– Peace-building is important but so is the creation of jobs. If they see no alternatives, young people will continue to be recruited by armed groups. Some children and adolescents voluntarily join the groups, in other cases they are being sent away by their families to an armed group because the family believes that this will protect them. There are preventive projects, where they talk to families in villages and try to convince them not to send their children away. I would also like to add that progress has already been made. The Congolese army used to have underage soldiers, but now it is forbidden by law. The remaining children in armed groups belong to non-state groups, such as the rebel movements M23 and FDLR or community-based militias, so called Mai-Mai groups.

On 9 February the former Soviet republic Azerbaijan went to the polls. The Organization for Security and Co-operation in Europe, OSCE, was present with an election observation mission headed by the Swedish Ambassador Peter Tejler. The mission comprised 17 Swedish observers. Astrid Nunez was one of them.

Adviser to the UN in Myanmar Read more about Linnéa
< >