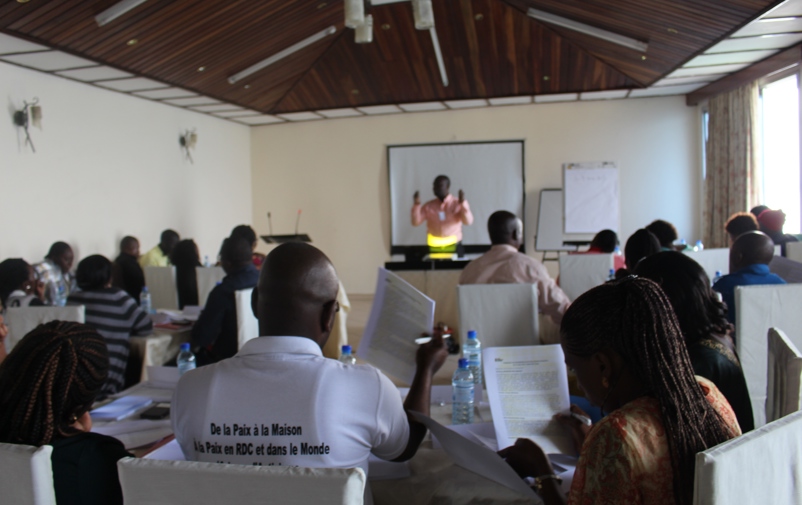 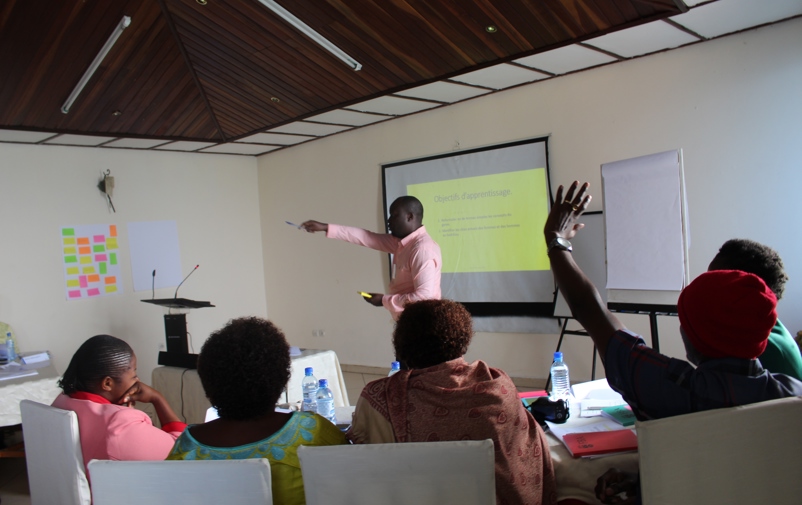 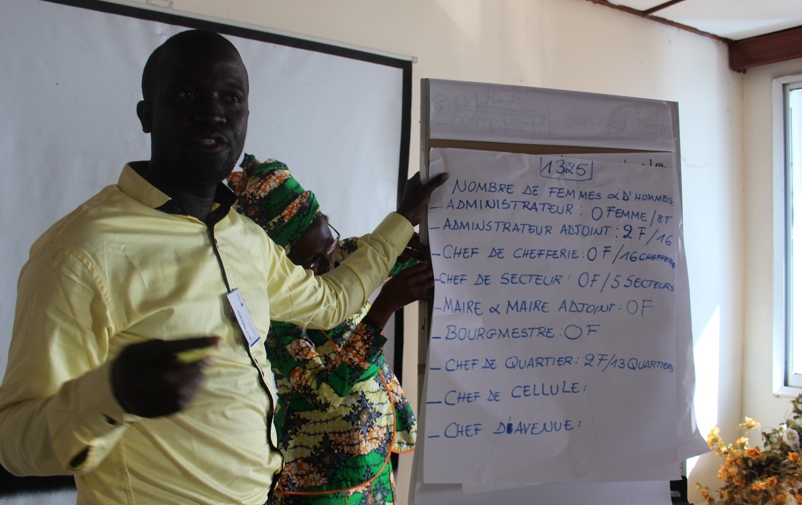 Dela
FBA is now launching a peace-building programme in the Democratic Republic of Congo (DRC). The 24 participants have been selected on the basis of their ability to influence the development in the war-torn eastern parts of the country.

FBA is commissioned to contribute to Sweden’s strategy for bilateral development cooperation with the DRC in 2015–2019. FBA’s work in DRC is now well under way.

On March 12 the peace-building programme of 2017 was launched in the city of Goma in eastern DRC. A total of 24 representatives for both state agencies and non-governmental organizations took part. The participants will attend three training sessions throughout 2017; the week in March will be followed by a week in June and a week in September. After the last training session the newly examined participants shall have a deeper understanding of inclusive peace-building. It means, among other things, to always consider the different security needs of men and women and to strengthen women’s participation in issues concerning peace and security.

– DRC is one of the most unequal countries in the world. The inclusion of women in the work for peace is imperative. Through the peace-building programme, FBA will strengthen the capacity of local actors who promote women’s rights, says project manager Magdalena Tham Lindell.

A similar programme consisting of three training sessions will be organized for a new group of participants in 2018 and 2019 respectively. The training is held in French by the FBA and Congolese subject matter experts.

– The peace-building programme will be at the core of FBA’s work with the Swedish aid strategy for DRC. The programme also offers a unique opportunity for government employees and representatives from civil society to meet and engage in dialogue, says Magdalena Tham Lindell.

In addition, FBA has created a network of people working for peace and security in DRC. They share experiences through meetings and through a Facebook group. The network consists of the participants in the peace-building programme, but also others. Moreover, the FBA conducts training for people in strategic positions in DRC; training on security sector reform and disarmament, demobilization and reintegration of former combatants. FBA has deployed personnel to the UN mission in DRC, MONUSCO, as well.

– FBA supports peace-building in DRC in several different ways in order to meet local needs. We try to be as flexible as possible, says Magdalena Tham Lindell. 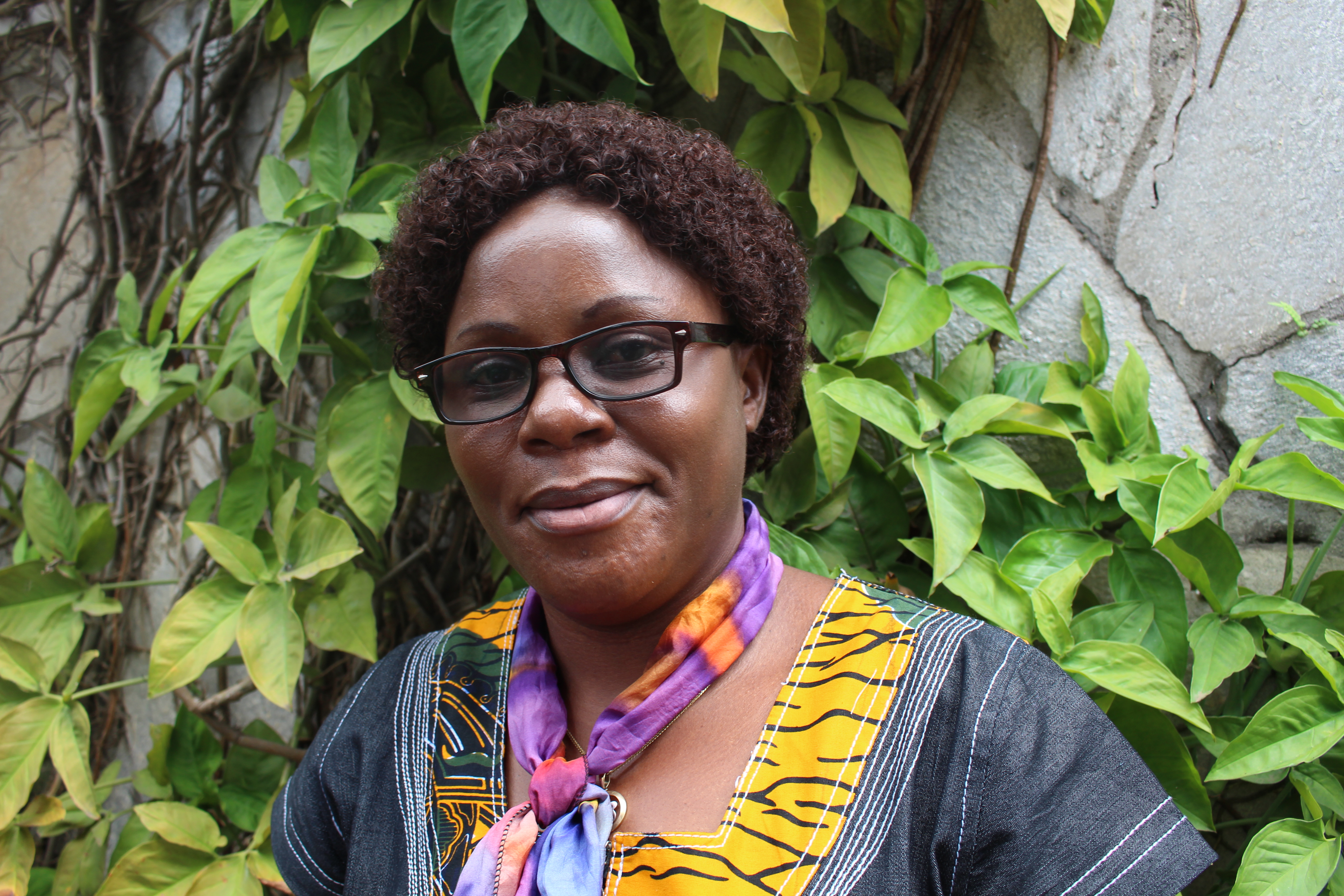 Justine Namvura is working to combat sexual and gender-based violence in her role as senior adviser at the ministry for gender in the province of South Kivu in DRC. 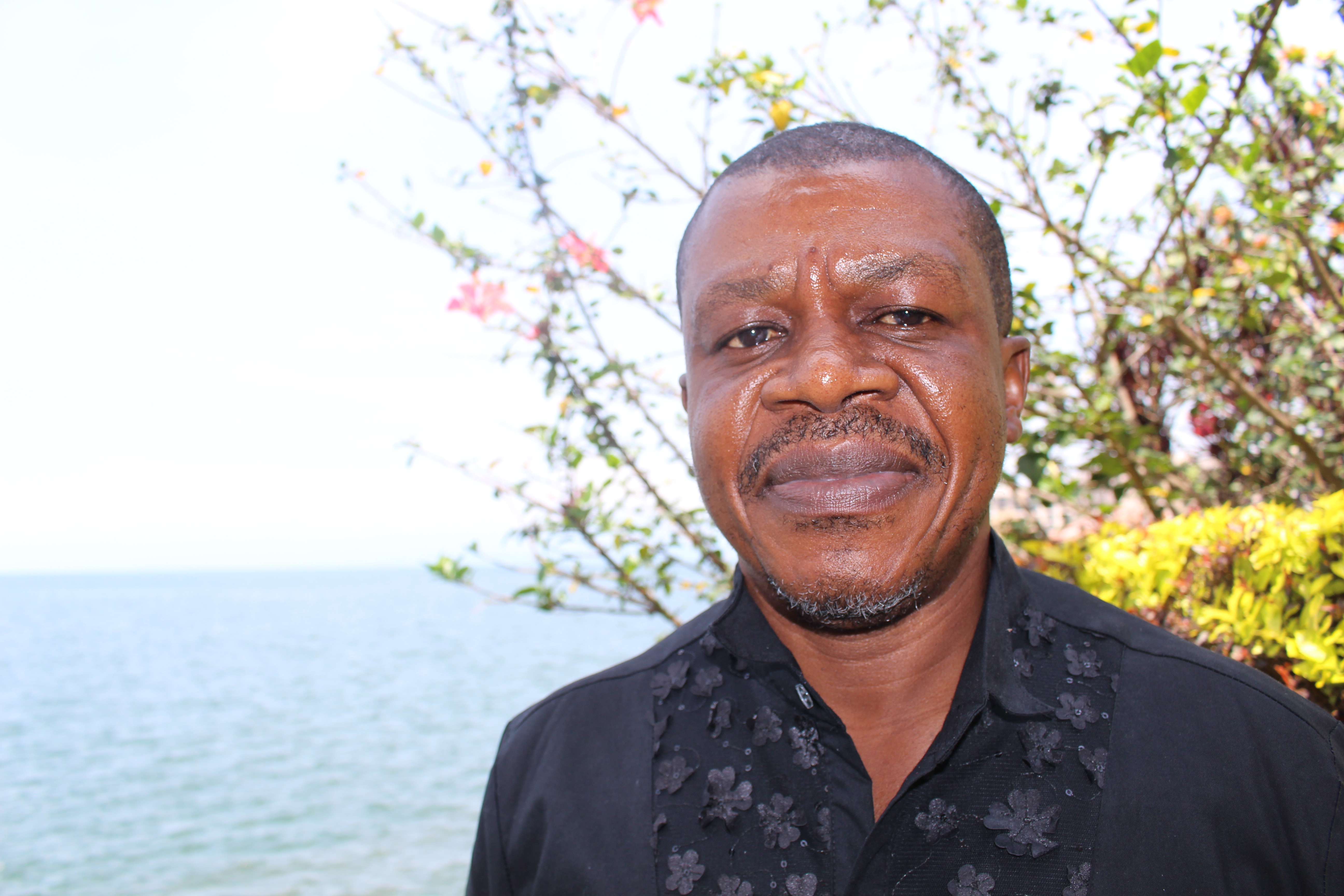 Adolphe Balekembaka Musafiri works with reintegration of children, previously associated with armed groups, into civilian life. He is a project coordinator at the non-governmental Congolese organization PDV.

The facts: DRC in brief

DRC is the largest African country by area and home to an estimated 78 million people, of which 11 million living in the capital city Kinshasa. The official language is French and the vast majority of the population is Christian.

Until 1960, DRC was a Belgian colony. Independence was followed by provinces trying to break away, the murder of the newly elected prime minister Patrice Lumumba, and eventually the coup in 1965 when General Joseph Mobutu came to power. Mobutu reigned as a dictator until 1997 when he was forced to flee the country during the First Congo War and rebel leader Laurent Kabila seized power. The Second Congo War followed in 1998–2003. It is often referred to as the African World War and caused at least four million deaths.

During the war, in 2001, Laurent Kabila was murdered and his son Joseph Kabila replaced him. In the beginning of 2003 a peace agreement was signed and in 2006 general elections were held. Joseph Kabila was elected president, he also won the presidential election in 2011. New elections were planned in November 2016 but were postponed until an uncertain future. Despite a peace deal being formally in place, fighting between rebel groups and government forces continues to take place, especially in the eastern parts of DRC. For several years, DRC has been placed at the very bottom of the UNDP’s Human Development Index.