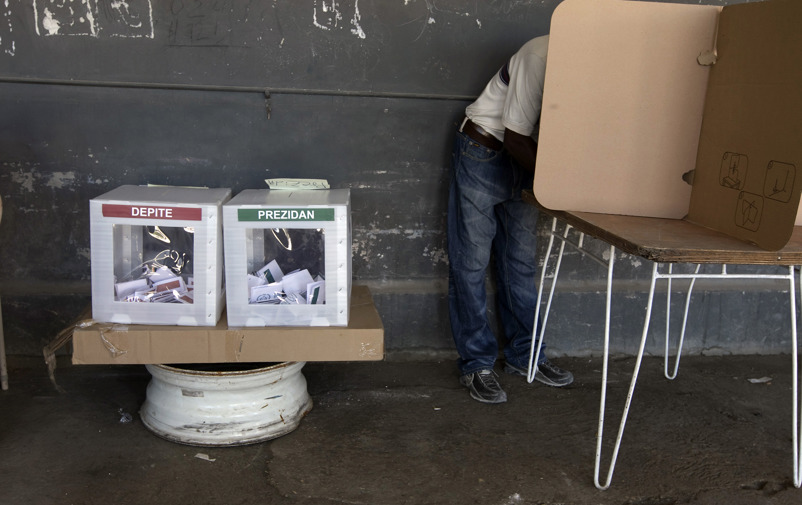 Dela
Since January 1 2016 the responsibility for recruitment, training and secondment of Swedish election observers to the EU’s and OSCE’s election observation missions throughout the world has been transferred to the FBA from Sida.

Election observation is an important tool for ensuring that all citizens’ democratic and equal rights are met when an election or referendum is held. The missions aim to strengthen the democratic development of the country where an election is held, and are done on invitation from the country’s government. Sweden has participated in international election observation missions since 1989, foremost in missions led by the EU or the OSCE/ODIHR (the Organization for Security and Co-operation in Europe’s Office for Democratic Institutions and Human Rights).

Every year, the Swedish Government decide that Sweden shall participate in between 15-20 election observation missions. This means that the FBA will be responsible to recruit, train and deploy more than 100 people annually to serve in those missions.

– The right to vote in free and fair elections is ultimately the goal for much of the work that FBA does. Election observation is hence an important dimension that adds to what we do today, says Niklas Lindskog, project leader at FBA.

Regardless of assignment the observers work in a team with a colleague from a different member country. Except for election observers, Sweden also deploys election experts to the missions’ management, the “core team”, to which the observers report.

Read this interview with Björn Tedeman to learn more about what it is like to work as an election observer in the field. Björn was a long-time observer during the elections in Burkina Faso in the end of 2015.

For more information on how an election observation mission is organized and executed, watch this video about the EU missions in general, or this video that explains the OSCE/ODIHR’s mission in Albania in September 2015.