Questions and answers about Viking 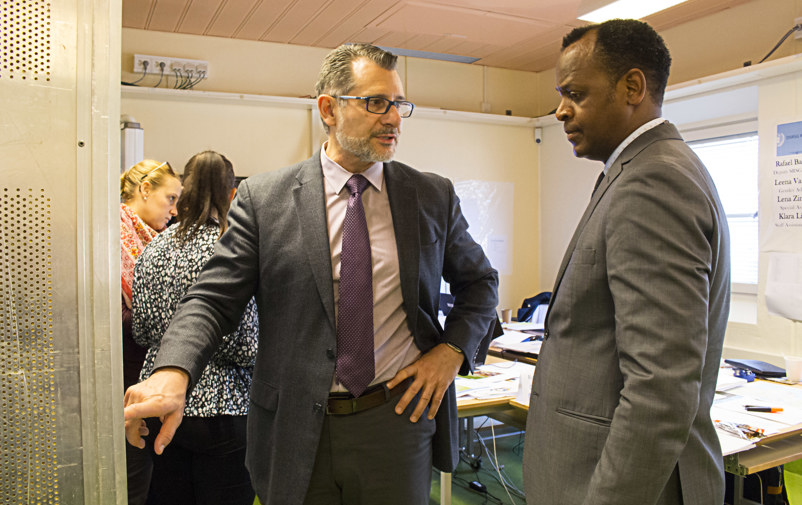 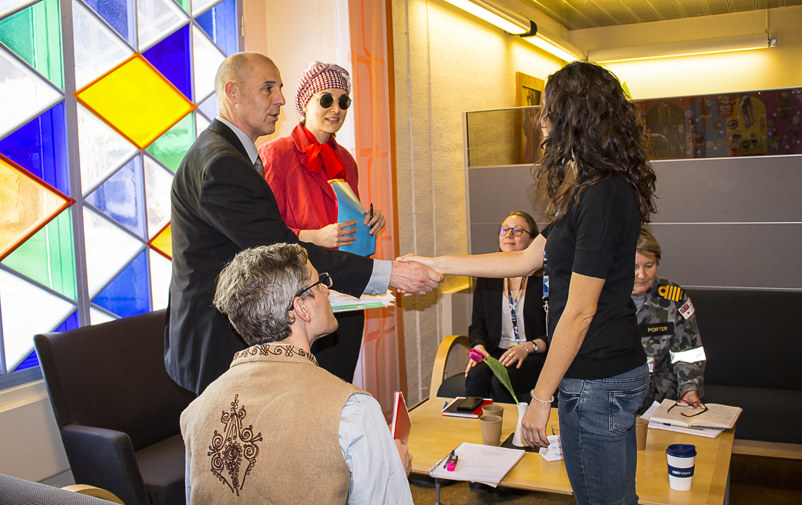 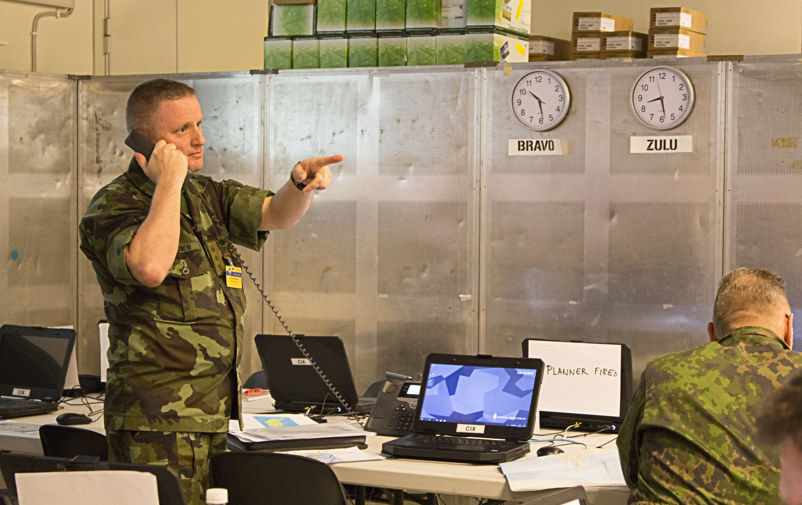 Dela
Here’s a collection of some of the most frequently asked questions about the exercise.

Viking is one of the largest international staff exercises within the framework of peace operations. The Swedish Armed Forces arrange the exercise on behalf of the Swedish Government, assisted by FBA, the Swedish Police and the Swedish Defence University. The purpose of the exercise is to practise management and cooperation and it is carried out with simulation support which means that civilian actors from various countries, such as government agencies, humanitarian organizations and the police, together with the military practise handling difficult situations that can occur in international peace and crisis management operations.

The exercise takes place in an office environment and resembles a role-play based on a real scenario: a fragile post-conflict context where complex and provocative incidents happen and human security is threatened. The assignment is to plan and carry out an international peace operation according to a chapter 7 mandate of the UN Charter. Besides the UN mission, EU and NATO also have missions in the imaginary Bogaland – all are fictive.

What is the purpose of the exercise?

It aims at improving the ability of civilian actors, the police and the military to cooperate and conduct joint international peace and crisis management operations. Therefore, it is important that the game is based on contemporary challenges for the UN, EU and NATO and that actors get to practise on the basis of their pre-conditions and commitments. Cooperation is necessary when a crisis occurs in Sweden as well as when the UN, EU or NATO carries out a peace operation in a war-torn area. Training on resolving difficult tasks together under realistic circumstances will make these actors better prepared when something happens in reality.

Why is Viking needed?

Common understanding and cooperation is required to handle a crisis or implement a peace operation successfully. In these situations many different professions and nationalities have to collaborate, but their views upon the mission and ways of working often differ. Viking provides an international arena where civilians, the military and the police join forces to plan and practise in a fictive peace operation. Thereby those important actors in crisis and conflict contexts acquire knowledge about each other’s roles and gain a profound understanding of how they can work together.

How often does Viking take place?

The first exercise was arranged in Sweden in 1999. Since then, eight trainings have been carried out at regular intervals. The last one, Viking 18, took place in 16-26 April 2018. FBA is a co-organizer of the event since 2003.

Why is FBA part of Viking?

Who is in charge of Viking?

What is the role of FBA?

FBA provides an arena where civilian actors can train in a relevant setting together with other actors. The role of FBA is to make sure that the exercise covers issues that are pertinent to civilian actors, to recruit participants from the civilian sector and to make sure that civilians are included in the training management during the exercise – as instructors, advisers and evaluators. In Viking 18 FBA chose to highlight three significant themes in the civilian part of the exercise: leadership, protection of civilians and gender responsive peace operations.

Humanitarian organizations are important actors in the field. Therefore FBA strives to promote their participation in the exercise and increase other actors’ knowledge about humanitarian principles.

In what way is the exercise useful to FBA?

Viking is an opportunity for FBA to develop and try out concepts for trainings and policy development on issues that concern the agency’s areas of expertise. For example protection of civilians, gender and leadership in peace operations, security sector reform and rule of law. At the same time FBA staff and secondees have a chance to strengthen their competence in civil-military cooperation.

How can civilian organizations benefit from participating in Viking?

Organizations that take part in Viking can test new working methods and spread knowledge about issues of importance to other actors, such as humanitarian principles. The exercise is of use both for people who are about to leave for their first international mission and want to learn how peace operations work before confronting reality, and for people already working in the field. Those who are already on secondment can, through the exercise, increase their competence in a number of areas and thereby enhance their capacity in the field. For secondees who are interested in changing position within an international mission Viking offers enhanced knowledge. Viking also offers an opportunity for participants to expand their professional network. The exercise has a wide range of participants with tactical, operational and strategical experience and expertise.

What is practised during Viking?

The participants practise different functions that are part of UN, EU and NATO peace operations. It is also possible to be part of the training management, for example as senior mentor or as an actor in the role-play in the fictional Bogaland – for instance playing the role of the local police, a national humanitarian organization, local authorities or government authorities. People in the training management are able to take on a more far-sighted approach to civil-military cooperation in peace operations.

Where does Viking take place?

In Sweden Viking 18 took place at the Swedish Armed Forces’ facilities in Enköping, Karlskrona, Kungsängen and Uppsala. In addition, civilian and military actors in Brazil, Bulgaria, Finland, Ireland and Serbia were part of the exercise.

What happens on the international sites?

Fictive UN regional offices and NATO brigade headquarters were established at the sites in Brazil, Bulgaria, Finland, Ireland and Serbia during the exercise. The sites were responsible for organizing their parts of the exercise, coordinate the writing of the game and recruit participants.

How many people participate in the exercise?

In total, Viking 18 gathered more than 2,500 participants representing over 60 countries and around 80 organizations.

Who are the participants?

The majority of the participants are soldiers from countries that are part of Partnership for Peace, a practical partnership programme between NATO and various OSCE states, and assist in international crisis management exercises on a regular basis.